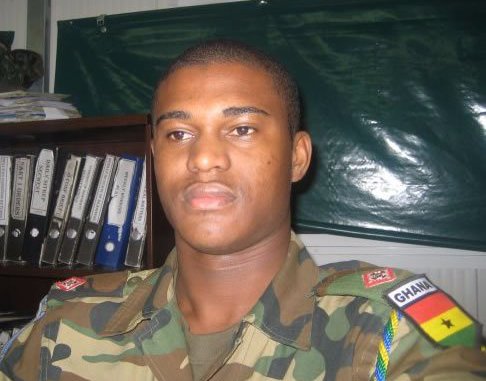 The pathologist at the Korle-Bu Teaching Hospital who conducted a post-moterm on the late Major Maxwell Adams Mahama has indicated that the ex-Military man died out of “multiple head injuries.”

Dr Lawrence Edusei, who is the 13th Prosecution witness in the trial in which some 14 persons are standing trial for murder, told the Criminal Division of the Accra High Court that the ex-soldier died an unnatural death.

Being led by the Chief State Attorney, Mrs Evelyn Keelson to give evidence, the witness told the court that “the cause of death is multiple head injuries due to blunt objects and shotguns which are unnatural cause of death.”

Dr Edusei, also a visiting pathologist at the 37 Military Hospital explained further that the blunt objects are objects that do not have sharp edges like stone, wood and iron rods.

The pathologist also revealed to the court presided over by Justice Mariama Owusu, (one of the three Judges appointed by the President waiting for confirmation to the Supreme Court) that two pellets were also retrieved in the brain of the late military man.

READ ALSO:Major Mahama begged me to help him escape- Witness

Major Maxwell Mahama was on a 20-kilometre walk when he was reportedly mistaken for an armed robber by some women from whom he had stopped to buy some snails at Denkyira Obuasi.

The women, who thought he was an armed robber after spotting his official pistol, reportedly called the assemblyman for the area to raise an alarm.

The assemblyman allegedly organised people in the town to lynch the soldier and later burned parts of his body.