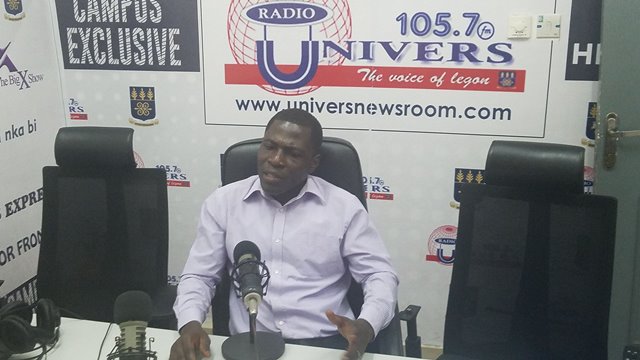 A former commercial bus (trotro) driver is one of the best graduating students at the University of Ghana in the ongoing November 2019 Congregation ceremonies.

Having read a Bachelor of Arts degree with a major in Geography and Resource Development, Jacob Semekor Mordzifa obtained a Final Grade Point Average (FGPA) of 3.91.

Jacob is a 34-year old man who gained admission to the University of Ghana in 2015.

10 years before that, he had been offered admission into the nation’s premier university after he had completed his secondary education in Sogakope SHS but was unable to enroll due to financial challenges.

‘After Secondary School I got admission here in 2005 but there was no money but I had hope that since I had gotten that admission, I could still get it. My driving force was the fact that out of a non-educated family of 21, with 6 wives to my dad, I could be the one to go to school and bring some light to the house’, he noted.

His resolve to further his studies drove him to settle for a temporal job in driving.

While in his trotro business, Jacob saved up some money which he used to pay for his training in the Akropong-Akuapem Teacher Training College.

All this while, his dream of pursuing a degree in the University of Ghana was lurking in the back of his mind.

He saved up his allowances from the Training College to be able to able to buy his admission forms and apply for the second time in 2015.

In 2017, Jacob got married to his wife while in his second year against the advice of his lecturer who thought it was going to be difficult for him to combine the responsibilities of a husband and a student, especially for someone with his background.

But Jacob, determined to make the most out of every opportunity he had, was not going to allow the thoughts of others to be projected unto him.

He went ahead to efficiently combine his marital roles with his academic work and graduated top of his class. Jacob aspires to be a decorated academic and astute lecturer.