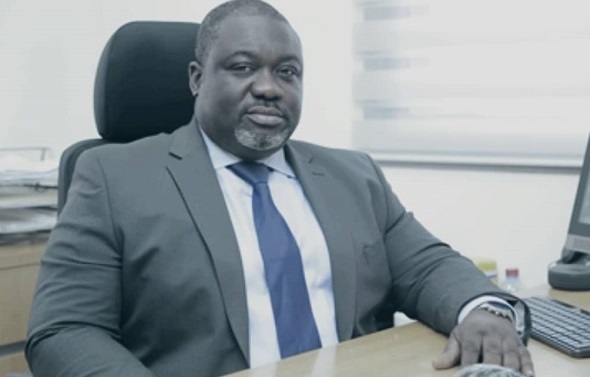 President Akufo-Addo has nominated Mr Francis Boateng as new Managing Director for the Tema Oil Refinery according to Primenewsghana sources.

TOR up until his appointment was without a Managing Director following the resignation of Mr Kweku Asante Berko.

Mr Berko resigned after he was accused of bribery by the Securities and Exchange Commission in the US.

The position had been vacant since April 15 but Mr Boateng if approved will take over as the new Managing Director.

Until his appointment, Francis Boateng was General Manager for Commercial Operations at the Ghana National Gas Company.

Cenpowerâ€™s project is noted as being the first private sector Greenfield project financed IPP in Ghana, and the first thermal IPP in Ghana, funded by 6 commercial banks and 6 Development Finance Institutions with a 15 year debt tenor.

Mr. Boatengâ€™s role was primarily a commercial/technical one, requiring strong interfaces with the Legal, Finance and Technical disciplines as well as Project Sponsors and Lenders.

His responsibilities required leadership of an effective Contracts and Fuel team and encompassed the negotiation and management of Fuel (LCO and Diesel) Supply Agreement, Gas Supply Agreement, Power Purchase Agreement and EPC Contract among others.

Prior to Joining Cenpower and while working on Ghanaâ€™s Gas Commercialisation Project at the Ghana National Petroleum Corporation (GNPC), Mr Boateng was selected in 2011 to be part of an eight-member Project Implementation Unit (PIU), tasked to set up the Ghana National Gas Company and develop its groundbreaking Western Corridor Gas Infrastructure Development Project. Mr Boateng served in the capacity of Project Controls Manager for two years as a key member of the PIU team during both the project development and implementation phases.

In recognition of his commercial/technical knowledge and acumen, Mr Boateng was subsequently offered and accepted the role of Commercial Manager responsible for the gas purchase, sales, marketing and distribution on the project, where he managed the initial effort to negotiate critical agreements for the procurement of up to 150 MMscf/d of wet natural gas from the Jubilee field, for processing and subsequent sale of treated products including lean gas for power generation and industrial feedstock and Natural Gas Liquids (NGLs) such as Liquefied Petroleum Gas (LPG) to local bulk distributors for onward sale and Condensate.

Mr. Boateng has over 20 years project-related work experience including extensive international experience in the petroleum and power industries working on projects located in countries such as Saudi Arabia, Abu Dhabi, Nigeria, United Kingdom and Ghana. He has worked for and on behalf of world renowned organisations such as Kellogg Brown and Root, Fluor Ltd, Shell and Chevron. Projects executed have included those with a total installation costs in excess of twelve (12) billion United States dollars.

READ ALSO: It's the prerogative of Prez. Akufo-Addo to refer Asante Berko's matter to Martin Amidu or not - Minority

As the MD of TOR Mr Boateng is expected to use his experience and expertise in the field of energy to ensure that the vision and mission of TOR are effectively realised and the objectives of the organisation are successfully achieved.