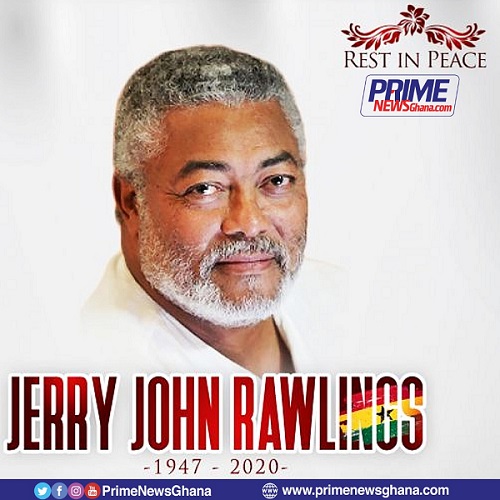 All activities marking the final funeral rites will commence today.

This follows the release of the funeral plan after a meeting between the Funeral Planning Committee, the family, the Anlo Traditional Council and other state agencies assisting with the funeral arrangements. 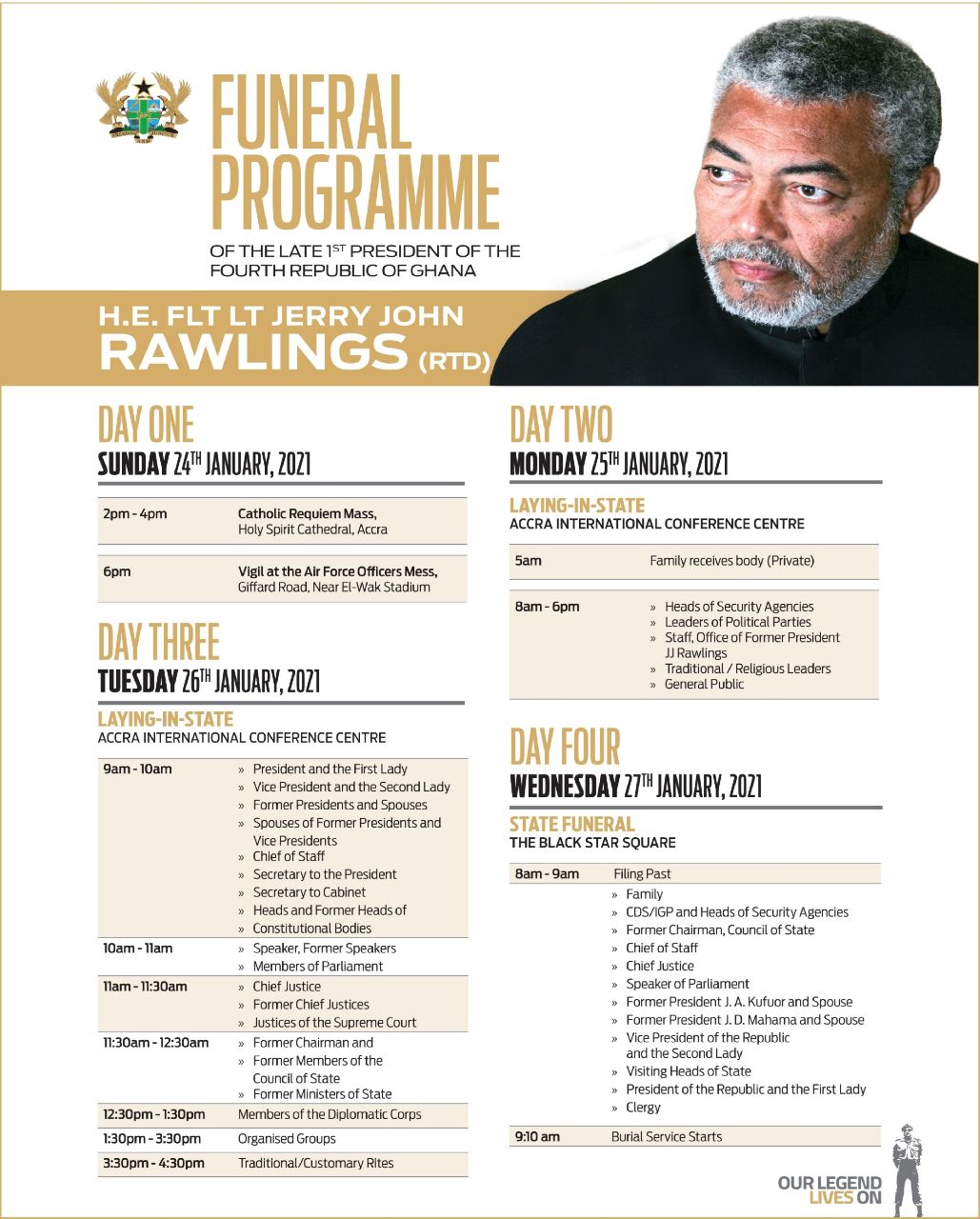 Between 8: 00 am and 5: 00 pm on Monday, the heads of security agencies, leaders of political parties, the staff of the Office of former President Rawlings, traditional/religious leaders, and the general public will file past the mortal remains of the late former President.

On the third day, President Nana Akufo-Addo and Vice President Dr Mahamudu Bawumia together with their wives will pay their last respects to the late former President.

They will be followed by Former Presidents and former Vice Presidents spouses together with their spouses, the Chief of Staff at the Presidency, and heads and former heads of constitutional bodies.

The Speaker of Parliament, former Speakers, the Chief Justice, former Chief Justices, Justices of the Supreme Court, Members of Parliament (MPs), former ministers of state and members of the diplomatic corps would also have their turn on the same day.

The state funeral for the late former President Rawlings will be held at Independence Square in Accra from 9:00 am to 11:00 am on Wednesday, January 27, 2021.