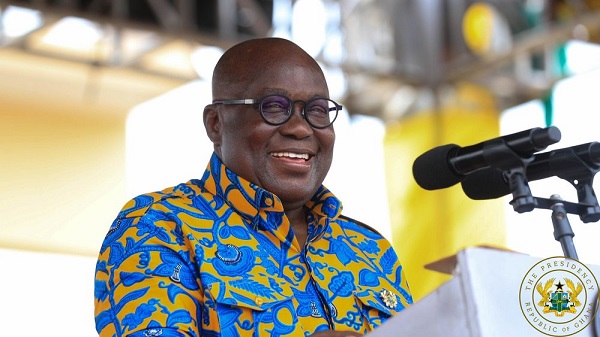 President Akufo-Addo says the National Democratic Congress (NDC) has not been the choice of Ghanaians ever since late Jerry John Rawlings left office in 2001.

President Akufo-Addo says the NPP has the support of the majority of Ghanaians.

READ ALSO: Check out the seven Justices to sit on Mahama's election petition

Speaking at a meeting with the leadership of the party in the Greater Accra Region, he said “We should remember that ever since Jerry John Rawlings left the presidential scene of politics in our country, no NDC presidential candidate has won more than 50 percent of the votes. His successor Mills, in his first-round against Kufuor, had 44%, second round, 47%. He gained the same figures in his second run. In 2008, after 3 rounds, he got 50.03%. Mahama, in 2012 got 50.7%, in 2016 he got 44%, in 2020 he got 47% of the votes.”

“What these figures tell us is that whenever the members of the NPP put our heads together, we win. The majority is with us. So let us be very clear in our minds. Our opponents with all the shouting, do not have the support of the majority of the people.”

“The future of Ghana and this country is in our [NPP] hands and is dependent on our actions,” he added.

He also said the NPP won the 2020 elections clearly and NDC's claims of the election being rigged is falsehood.

“The NDC has been making a lot of noise that they won the elections. One moment they claim they gained 139 of the parliamentary seats, another they say 145. They are not sure as to how many. All these claims turn out to be false”.

The 2020 Presidential Candidate for the NDC, John Mahama and his party rejected the 2020 presidential election result describing it as flawed and have refused to recognise Akufo-Addo as President.

They have moved on to file a petition at the Supreme Court and hearing of the case begun on January 14, 2021.