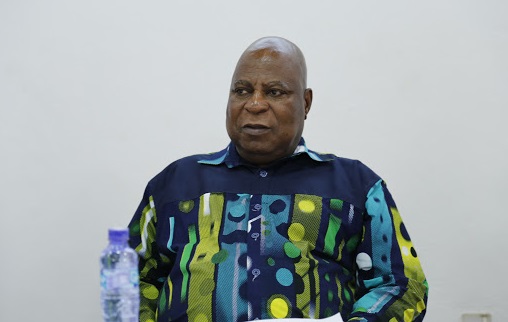 The chaotic scene which emerged today between the two municipal assemblies forced an intervention by the Police and Military to restore calm in the area.

In an interview with Starr FM, assembly Member for the Agblezaa electoral area, Charles Kotey Ashie indicated that the Regional Minister is in a meeting with the two MCEs of Teshie and Labadi respectively to address the tension between the two areas adding there were casesÂ of alleged Military brutalities in the clashes that occurred todayÂ Â

Â ''It's about time we call a spade, a spade because this is not the first time this incident has occurred. It's about time we claim what belongs to us and I quickly organized my members and called on the assembly, went there to mount our signboard and lo and behold people from La came in and Teshie cannot sit down and watch something that belongs to them been taken away . The regional minister called the two MCE's of the areas so currently they are in a meeting and we are waiting for the results''.

''So they started a chaotic scene and the Police and Military came in and the signboard was removed. Three of the Teshie people were injured they were brutalized by the soldiers.Â The regional minister called the two MCE's of the areas so currently they are in a meeting and we are waiting for the results'',he added.

Meanwhile, the Teshie Police Commander Superintendent Osman Alhassan said currently calm has been restored to the area and that the Police will investigate any allegation of brutality against persons.

He also said added that they have a plan in place to make sure that this matter does not reoccur.