Gabby Otchere-Darko speaks on his involvement in Agyapa Royalties deal 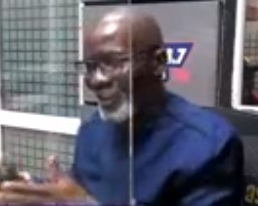 Gabby Otchere-Darko, a member of the NPP has explained his involvement in the controversial Agyapa Royalties deal.

According to him, his law firm acting more like local partners to the White & Case LLP was mainly involved during the drafting stage.

He stated that they have for the past two and a half years been working on the deal.

Otchere-Darko said his firm Africa Legal Associates is acting as transactional advisers for the deal with drafting the bill and making sure it's attractive to investors.

He said there will be only such issues if he is acting against any company he is representing.

"My involvement was in the beginning at the drafting stage where we have to manoeuvre through some of the issues..."

Ken Ofori-Atta at a press conference on Thursday, denied claims that the government established Agyapa Gold Mineral Royalty Limited to mortgage the country’s ‘future resources’ to enrich the current administration.

He says the Agyapa Royalties agreement provides the government with the opportunity to use innovative ways to manage and maximize the country’s mineral wealth.

According to him, the current arrangement where the value multinational companies in Ghana’s extractive industry are assessed by basic indicators such as taxes rather “ignores many of the different ways in which the countries that extract the resources utilise their rights beyond and outside of our borders as a means of creating value.”

It will be recalled that the flagbearer of the National Democratic Congress (NDC), John Dramani Mahama, during his campaign tour in the Volta Region, alleged that cronies of President Akufo-Addo are seeking to cut dubious deals by buying off 49% shares, in the public listed company which government intends to use as a Special Purpose Vehicle (SPV) to raise funds for developmental projects.

Officials of the Minerals Investment Fund (MIIF) had earlier explained that Agyapa Royalties Limited, which has been incorporated in Jersey will be listed on both the Ghana and London Stock Exchange.