Ghanaians should relax, parked ambulances are for them - Health Minister 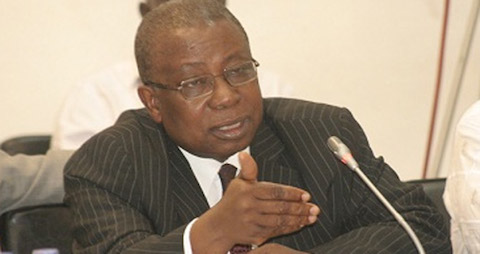 The Minister for Health, Mr. Kwaku Agyemang Manu says Ghanaians should exercise patience with regards to the parked ambulances at the State House.

The ambulances which are parked at the forecourt of the State House has generated a lot of controversies.

This was after the Minority in Parliament argued that Ghanaians are losing their lives due to the lack of ambulance services in the country so the government's decision not to distribute the over 40 ambulances does not sit well.

The ambulances have been procured by the government under the 1 Constituency 1 Million policy and yet they are not been used.

Mr. Agyemang Manu speaking on the Joy Super Morning Show says the Ministry of Health have not been given the ambulances yet but once that is done, distribution will begin.

"The ambulances parked at the forecourt of the State House have not been handed over to the ministry yet, pre-delivery inspection has not been done, the government knows what to do and we do it how we have programmed it."

"Ghanaians should relax, we brought in the ambulance to be used and we will use them."

The Ministry of Special Development Initiatives responded to Minority and said the ambulances will be released in January 2020.

The government procured over 40 ambulances in September this year and is awaiting another set that will be shared to all 275 constituencies in the country.