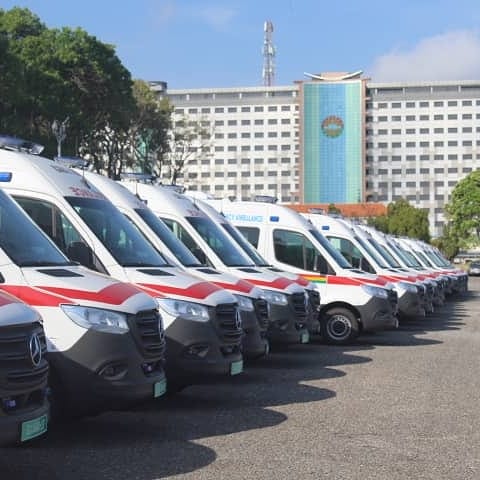 The Ministry of Special Development Initiatives has provided answers to questions asked by pressure group, OccupyGhana over the government’s delay in distributing ambulances parked in front of the State House.

OccupyGhana which is disappointed by the delay was demanding from the government an outline detailing its action plan on the operationalization of some 98 ambulances it has acquired.

Describing it as gross irresponsibility, the group, in a statement, wondered why the ambulances were left idling in the wake of concerns over a shortage in the number of working ambulances in the country.

But the Ministry, in a release to provide answers to the questions posed by Occupy Ghana insisted that there is a need for adequate preparations before the ambulances are officially released in January 2020 as scheduled.

Here are the Ministry’s responses to Occupy Ghana’s questions :

Q- Are there plans afoot to set up a central command centre or is the National Ambulance Service going to be the de facto Command Centre?

Response: The Ambulances will be managed by National Ambulance Service and they already have command centres in all the former 10 regions of Ghana.

Q – Are these receiving points going to be command centres or just places where the ambulances are housed?

Response: The receiving points are Ambulance stations which receive calls from dispatch centres (command centres) and respond to emergencies.

Q – Is there bed management in place to allow the ambulance drivers to take patients to facilities that have available beds?

Response: The Ambulance stations link up with health facilities during patient transport to know where beds are available to send patients. This is done through the dispatch (command) centres. The MSDI is also in the process of procuring 10,000 hospital beds to health facilities in the country.

Q – Will the ambulances be equipped with suitable mapping technology to help them find patients?

Response: The mapping technology is being worked on for easy patient location by the NAS.

Q – What plans have been made for constituencies with no hospitals? Where will their emergency cases go?

Response: Cases from constituencies without hospitals will go to the nearest district hospital or regional hospital.