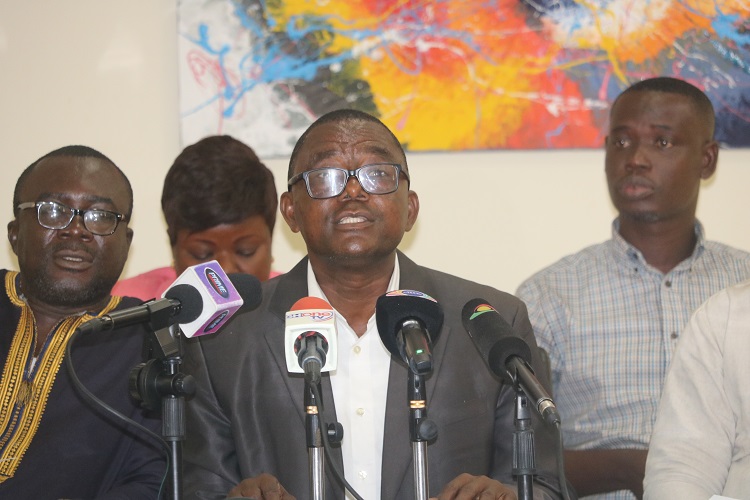 The Technical University Teachers Association Ghana, TUTAG has dared the National Labour Commission, NLC to head to court if they think their ongoing strike is illegal.

National President of TUTAG, Dr Solomon Keelson in an interview with Citi FM said the NLC should use the same processes they used in getting NAT and NAGRAT back to the classroom.

According to him, the NLC should get a court order if they think their strike is illegal.

READ ALSO : You will lose your salaries if the strike continues - NLC to TUTAG, TUSAAG

"When NAT and NAGRAT went on strike and the NLC described at illegal what did they do? you saw that the NLC went to court for the court ask the teachers to go back to work, so today, if they feel that we have taken illegal action, is it not the same action they should take go to court and then the court will order us to go back? even as we are waiting for the new one that will capture what they think is the correct thing, they are still using what they claim is full of mistakes with our people..."

The National Labour Commission, NLC, yesterday said lecturers and administrators of Technical Universities may lose their salaries if they don't comply with the order to call off the strike.

READ ALSO: We cannot give a specific timeline to call off strike - TUTAG to NLC

The Executive Secretary of the National Labour Commission, Mr Ofosu Asamoah said the striking unions will lose their monies and subsequently their jobs if the strike continues for a period of time

''For as long as they stay at home they are engaging in an illegal strike and the government will not pay for an illegal strike the law does not permit that. If they stay out for the period longer than the permissible period without a justifiable course they will lose their job."