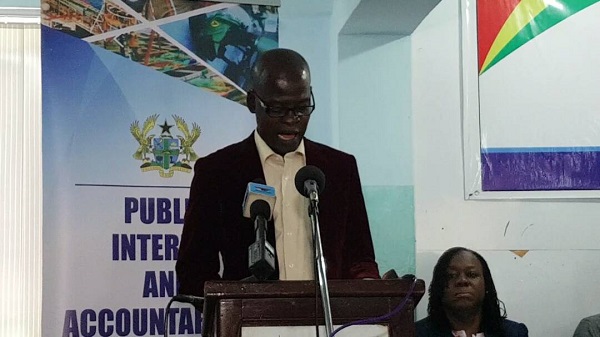 The Chairman of the Public Interest and Accountability Committee (PIAC), Dr Steve Manteaw says the government has no justification to use the Heritage Fund for the COVID-19 fight.

There has been a proposal from the government to use part of the Heritage Fund to finance the fight against the coronavirus disease in the country.

Finance Minister, Ken Ofori-Atta on March 30, 2020, proposed the amendment of the Petroleum Revenue Management Act to allow the government to utilize portions of the Heritage Fund

This proposal has been shot down by the Minority already as they believe it is not yet time for the government to touch the Fund.

Dr Manteaw has joined the Minority calls and other civil society organizations who believe the government can find other ways of generating funds to fight COVID-19 and using the Heritage fund is not the best option now.

"There is no justification to touch the Heritage fund now, I believe we can do without touching the Heritage fund. The situation we find ourselves in is what the President describes as we are not in normal times, so that calls for cost-cutting measures. We have seen some attempts from the government but that is not enough, let's cut government bureaucracy further and all major infrastructure projects can wait".

The Heritage Fund is a creation of section 10 of the Petroleum Revenue Management Act 815 enacted in 2011.

The purpose of the establishment of this fund is to provide an endowment to support the development of future generations when the petroleum reserves have depleted, according to Act 815 (2011) and amended Act 893 (2015).

The fund receives a percentage of oil revenue accrued to the Petroleum Holding Fund.

In view of this Parliament of Ghana pegged this figure at 9%. This means that out of the total oil revenue received into the Petroleum Holding Fund, the Heritage Fund receives only 9%.