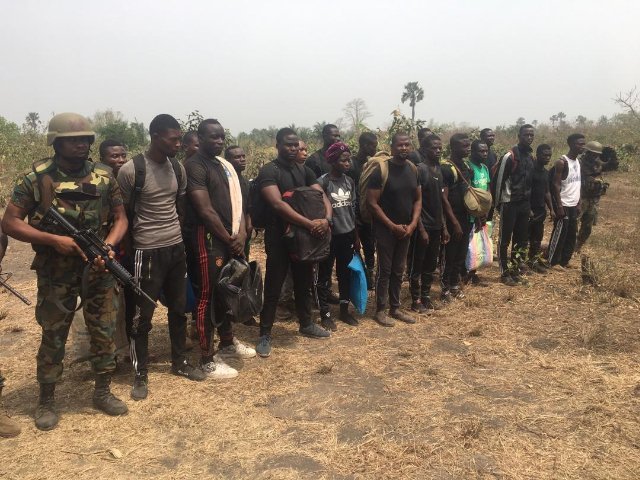 Head of Institute for Security, Disaster and Emergency Studies, Dr. Ishmael Norman is warning government over the emergence of more sophisticated secessionist groups.

His warning is in reaction to the arrest made by the 66 Artillery Regiment of the Ghana Armed Forces of someÂ twenty people described as rebels in the Volta Region town of Dzodze. The twenty are believed to be part of the Homeland Study Group Foundation.

Speaking to Joy FM,Â Dr. Ishmael Norman noted that the arrest will further validate their actions leading to the formation of more and sophisticated groupings.

â€œWhen you arrest a group of them, they become more validated. And because of that, the government must get ready for a much bigger, organised, sophisticated group. They are like that at the initial stages.

â€œWhat bothers me is that because of the economic effect that they bring to a community, for the community to be this quiet all this while without reporting on them is worrying,â€ Dr. Ishmael said.

The Ghana Armed Forces said they have arrested twenty people they describe as rebels in the Volta Region town of Dzodze.
The twenty are believed to be part of the Homeland Study Group Foundation.

The group has been demanding separation from the Volta Region and parts of the Northern Region, North East and Upper East Region as well and they have been working on this for some time.

In November last year, they announced separation from Ghana through social media. They were arrested in December last year and that included the leader of the group who is above 80 years Charles Komi Kudzordzi.

Ten others were arrested in the Upper West Region but the charges against them were dropped by the Attorney General's office subsequently.

Reports indicate that Mr. Charles Komi Kudzordzi, has been on the run ever since the charges were dropped against him last year, but he does some Youtube videos from time to time.

Pictures emerged last year of some uniformed group supposedly been trained at a place called the Western Togoland training grounds in the Volta Region.

Today some twenty people believed to be part of the group were arrested, they were made up of nineteen males and one female.