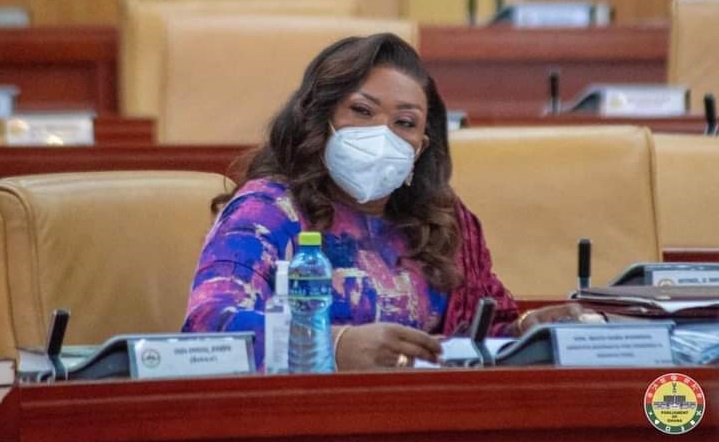 The Ghana Tuna Association have moved quickly to petition the Speaker of Parliament Alban Bagbin over Minister-designate for Fisheries and Aquaculture Development Ministry, Mavis Hawa Koomson.

The Tuna Association did so over what they describe as poor performance from Hawa Koomson during her vetting on February 18, 2021.

She was asked several questions about the portfolio she has been nominated for and her responses seems to have gained a lot of attention from Ghanaians especially on social media platforms.

The Tuna Association also feels the nominee is not capable of running the Fisheries and Aquaculture Development Ministry.

It highlighted some sector concerns in the petition like the collapsing pole and line sector, the dearth of skilled labour, international relations matters concerning climate change, among others.

In its petition, the association said Mrs. Koomson’s “basic skill sets, biases and passions are such that they may not fit into dealing with the challenges that the sector faces currently and the other workings expected of the sector minister.”

Though the association said it has been so willing to work with any person who is appointed at the pleasure of the President it noted that “recent experiences have taught us that we need as stakeholders to pick the early signals and submit our concerns to the attention of the appointing authority for whatever remedy that may be available, in order to protect our industries and businesses from decisions that are likely to impact them negatively and further collapse the sector”.

It thus urged the Speaker of Parliament to act on the concerns.

Mr Kwakye Ofosu took to social media and said Mrs Koomson is not cut for the position.

"Hawa Koomson does not cut it. It is as simple as that. The NPP has much better human resource to fall on than this."

Hawa Koomson at the vetting for the first time also said she wished the Kasoa shooting incident in the run-up to the 2020 elections never happened.

She took the opportunity to apologize to Ghanaians and said it's her wish this never happens in Ghana's political space.