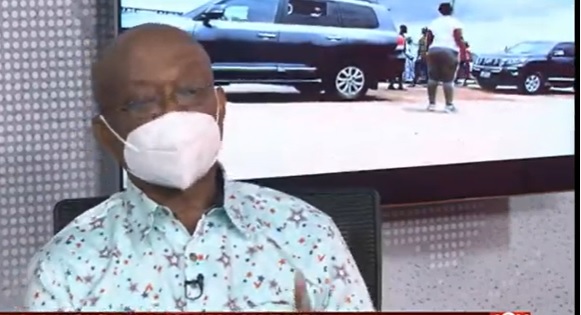 Kweku Baako says her act can't be justified and she must desist from the defensive posture she has mounted.

Mr Baako speaking on Joy FM's NewsFile describe the act as an 'inexcusable gaffe' which should never have happened.

"You are not the law, whatever you do and wherever you do it has a collateral effect on the party you belong to and the constituency you represent. I have heard the justifications, rationalization and the defence, it boils down to what, where, how and who you are in what you do. I just can't bring myself to rationalize what she did, we have to be blunt and say things as they are because this was avoidable and an inexcusable gaffe".

Hawa Koomson who doubles as the Minister for Special Development Initiatives fired a warning shot at the Steps to Christ registration centre on July 20, 2020.

She has so far been invited by the police for interrogation and a weapon together with her license has been retrieved.

Hawa Koomson has admitted she fired warning shots in self-defence because her life was threatened by some thugs alleged to be affiliated to the opposition NDC.

Despite this justification, several civil society organizations, religious groups, and the opposition National Democratic Congress (NDC) had demanded her immediate arrest and prosecution over the unfortunate incident that has gained public attraction for some days.

The Central Regional Police Command has revealed that they have forwarded her case to the CID Headquarters in Accra for investigations to continue.