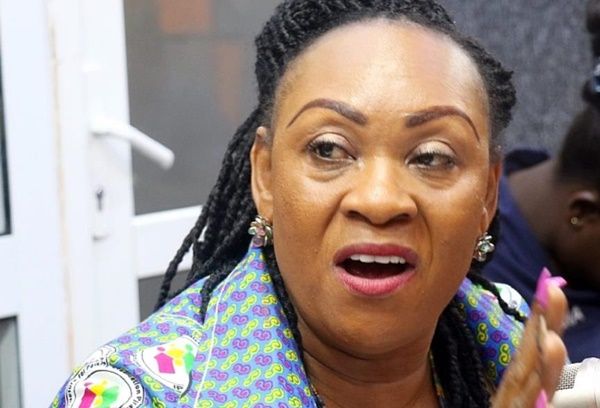 Member of Parliament for Awutu Senya East Constituency Hawa Koomson has been interrogated by CID investigators over the Kasoa shooting incident.

Hawa Koomson was at the Regional Police Headquarters in the Central region where she was asked questions in connection with her firing warning shots.

She went to the Police Command in the company of her lawyers and the police will soon brief the public on the latest development.

READ ALSO: NDC demands arrest of Hawa Koomson, describes her as a 'gangster'

She has said her warning shots at the Step to Christ centre was in self-defence but has received a lot of backlashes.

Despite this justification, many are calling for her resignation and subsequent prosecution.

Several civil society organizations, religious groups, and the opposition National Democratic Congress (NDC) had demanded her immediate arrest and prosecution over the unfortunate incident that has gained public attraction for some days.

Touching on the development, chairman of the ruling New Patriotic Party (NPP), Freddy Blay described the calls as premature since the MP was the victim in the shooting incident.

Meanwhile, some four suspects who were also arrested in connection with the disturbance have been granted bail.

A Cape Coast Circuit Court presided by Dorinda Smith Arthur granted them bail to the tune of ¢30,000 each with two sureties for which one must be a government worker whose net salary is ¢2000.