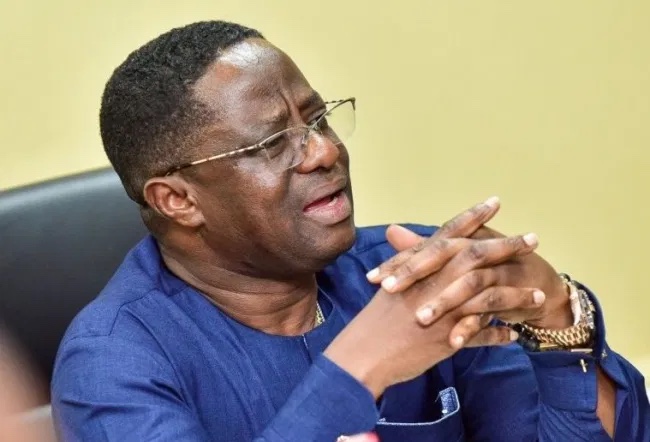 The bailiff Emmanual Aziaka alleged that he was abducted into a 4X4 as he tries to serve the injunction document to Peter Amewu.

According to him, he was moved to a secluded area beaten and his phone, money and court documents taken from him.

He narrated that the said macho men are known workers of Peter Amewu.

Confirming the incident the Volta Regional Police PRO, Prince Dogbatse said they have begun investigations into the matter.

"Indeed we have the report and we have just commenced investigations into the incident."

The Ho High Court presided over by Justice George Buadi granted an interim injunction seeking to restrain the Electoral Commission (EC) from gazetting John Peter Amewu as MP-elect for the Hohoe Constituency.

The court made the decision after an ex parte application was argued by Tsastsu Tsikata on December 23, 2020.

The legal practitioner insisted that his clients were not given the opportunity to vote in the parliamentary election in the Hohoe constituency.

The complainants, by this development, have brought an action for enforcement of their fundamental human rights specifically their right to vote.

The Energy Minister polled 26,952 votes representing 54.7% of total votes at the close of parliamentary elections in the constituency while his close contender Prof. Margaret Kwaku from the NDC garnered 21,821 votes.