I am not rude, Akufo-Addo trained me - Ursula Owusu 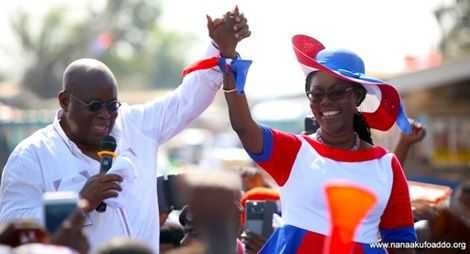 I am not rude, Akufo-Addo trained me - Ursula Owusu
Shares

Ghana's Minister for Communications Ursula Owusu Ekuful says she was trained by Akufo-Addo to speak her mind, give her opinions and not tough or rude as some Ghanaians have branded her.

Over the years, Ursula has been branded as arrogant and disrespectful mainly because of her utterances.

She is mostly firm with her choice of words and the Ablekuma West Member of Parliament gets criticized by a section of Ghanaians for her behaviour.

Ursula who was speaking to Jessica Opare Saforo on Citi FM's Traffic Avenue on May 7, 2019, said the biggest misconception she has heard about herself is she is tough and rude.

She recalled how she was a quiet and reserved person until she came out of the Law School and begun to work with President Akufo-Addo who taught her how to be confident and speak her mind when issues crop up.

"When I came out of the Law School, I was a very quiet and reserved person, my first boss was President Akufo-Addo and he taught me to speak up.

"During meetings, he will tell me to speak up and if I am wrong I will be corrected but if I am right they will work with it, so that has stuck with me throughout.

These criticisms could be borne out of the fact that in our part of the world women are mostly seen as weaker vessels and not expected to be outspoken or seen as rubbing shoulders with men.

In 2015 Ursula contested and won the NPP parliamentary primaries in the Ablekuma West Constituency.

She retained her parliamentary seat during the 2016 Ghanaian general elections by winning with 34,376 votes out of the 60,558 valid votes casted making 56.96%.

In 2017, Ursula Owusu was appointed The Minister for Communications and accepted the offer to become the development queen (Nkosuohemaa) of Akyem Asuom in the Kwaebibirem District of the Eastern Region