If you fight corruption alone you won't last - Domelevo 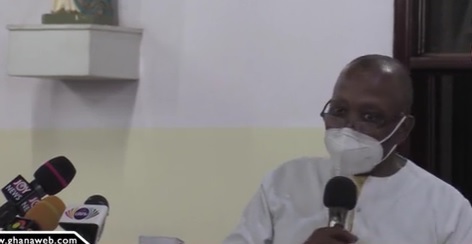 Speaking at his Thanksgiving service at the Christ The King Catholic Church, Mr Domelevo said corruption is a dangerous enemy and must not be fought by one person.

Thanking all those who helped him during his time at the Audit Service, Domelevo expressed appreciation to Civil Society Organizations focused on fighting corruption in Ghana, indicating that their support was very helpful to him while he was in office.

READ ALSO:Â Domelevo was becoming a hero but his wings had to be clipped - Dr Akumperigya

He said their support ensured that the fight against corruption was waged strongly.

Mr Domelevo did not leave office without drama, after several back and forth President Akufo-Addo on March 3, directed that he retires from the office.

Before then the Audit Service Board had challenged his nationality and retirement age.

The Board alleged that records at the Social Security and National Insurance Trust (SSNIT) provided by the Auditor-General indicated that his date of birth was 1960 when he joined the scheme on October 1, 1978.

They also questioned Domelevoâ€™s hometown, indicating that he had written he hailed from Agbetofe in Togo; making him a non-Ghanaian.

While the date of birth changed to June 1, 1961, the hometown of the Auditor-General was now Ada in the Greater Accra Region, the Board said.

But explaining the anomalies, Daniel Yao Domelevo said his grandfather was a native of Ada in the Greater Accra Region but migrated to Togo and stayed at Agbetofe.

On the issue of his date of birth, Domelevo said he noticed that 1960 was a mistake â€œwhen I checked my information in the baptismal register of the Catholic Church in Adeemmra.â€