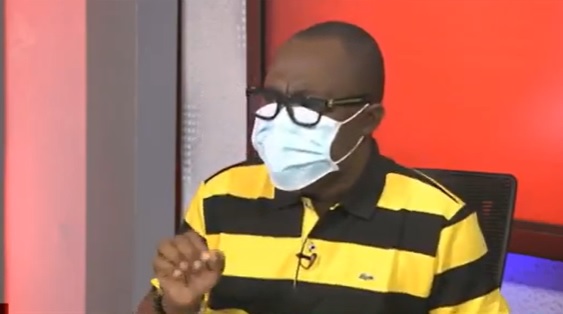 Prof. Gyampo was speaking in relation to the chaos that arose at the Steps to Christ registration Centre at the Awutu Senya East Constituency on July 20, 2020.

This was after MP for the area Hawa Koomson fired warning shots when a scuffle broke out between the NDC and the NPP.

Prof. Gyampo says such chaos can be avoided when these candidates are discouraged from trooping to the centres in the name of paying a visit.

"That habit of MPs/ candidates visiting registration centres must be discouraged because there are always two factions that appear, all the parties involves also come with people and that usually result in conflict or some form of tension. Hawa Koomson's act can't be justified, she should know the high office she holds," he said on Joy FM's NewsFile.

Managing Editor of the New Crusading Guide, Kweku Baako speaking on the same programme also condemned her act and described it as an 'inexcusable gaffe".

The two parliamentary candidates vying for the seat of the Awutu Senya East Constituency the NDC’s Philis Naa Koryoo and the incumbent MP Mavis Hawa Koomson of the NPP were both at the Central Regional Police Headquarters after the incident.

The EC has condemned the incident and urged candidates desist from visiting registration centres as a measure to avoid chaos.

Hawa Koomson was on July 24, 2020, interrogated by the Central Regional Police.

They revealed that they have retrieved a gun and license from her and have also forwarded her case to the CID Headquarters in Accra.