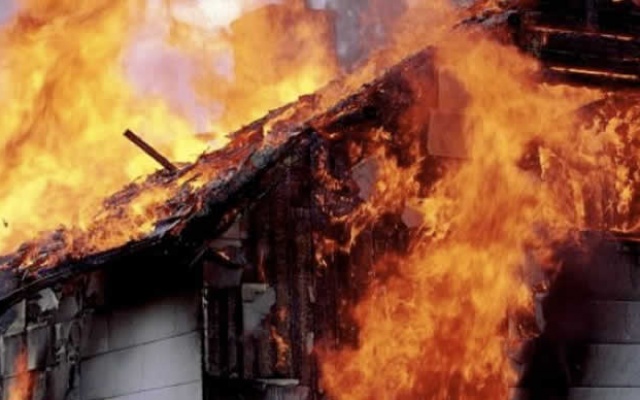 At kokomlemle in Accra, two siblings, Junior Okai,10, and his brother, Stephen Okai, were trapped and killed in a fire that gutted their house at about 10:30 p.m on December 28, 2018.

The two siblings were asleep in their room when the incident occurred.

Eyewitnesses said they heard the children calling for help but they could not help due to the intensity of the fire.

Mr. Ahomi said the cause of the fire was yet to be established.

The same incident happened at Makola market in Accra where fire gutted some shops around the State Insurance Company (SIC) mall which left many items of the shops destroyed.

Out of the five floors of shops, three had their stocks completely burnt with the other two salvaged.