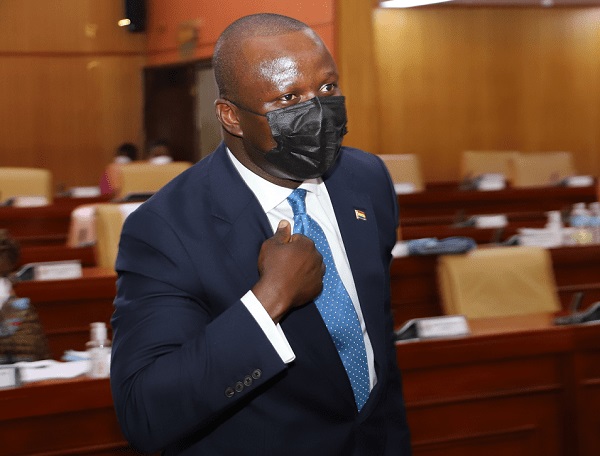 Minister for Lands and Natural Resources Samuel Abu Jinapor has called on institutions and the government to have the courage to deal with politicians who are involved in illegal mining (galamsey).

His comments come on the back of criticisms by many who believe there are politicians playing a massive role in illegal mining.

Mr Jinapor speaking on Joy FM's Newsfil on April 17, 2021, said it's about time institution act swiftly to deal with some politicians alleged to be involved.

"We must name, shame and punish people. We should have the courage to deal with politicians who are involved in illegal mining. Government has a role to play. We can't allow illegal mining to thrive in our communities. I can assure the people of Ghana that the president is interested in this matter. We must all come together in order to stop illegal mining. On my part and my team, whatever has to be done to stop this, it will be done. What I'm interested in is a new atmosphere of mining that will support our country."

Recently the President said the fight against illegal mining (Galamsey) must not be based on partisan politics.

President Akufo-Addo has said campaign being waged against illegal mining was not for the present generation alone but for posterity, adding: “I have great confidence in the Ghanaian people and their traditional leaders. They will always stand up during critical times.”