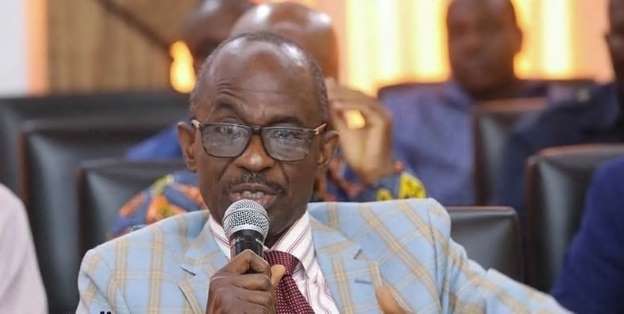 Mr. Nketia believes some elements are behind those claims and want to make the former President John Mahama unpopular.

Speaking on Okay FM today October 15, 2019, Asiedu Nketiah said he wants critics to prove that indeed Mr Mahama said he will scrap the policy and he will resign as the General Secretary of the party.

“Mahama never said he will scrap the free SHS policy. How can a whole former president who has education at heart     scrap a policy by his predecessor? Even in his manifesto, Mr Mahama indicated that he will deliver free SHS.

“Does it make sense? If indeed there is any record that shows that Mr Mahama said he will scrap the free SHS, just bring it and I will resign as the General Secretary.''

Mr Nketia said no government in the country can scrap the free SHS programme, which he said is a positive social intervention policy to benefit the people.

He further indicated that Mr Mahama will engage relevant stakeholders when the NDC comes to power to ensure that the policy is successful.

However, the former President John Mahama reiterated that he will review the Akufo-Addo-led administration’s flagship Free-SHS Policy within his first 90-days in office if elected in the 2020 general elections.

He made this known at a meeting with the leaders of the Ghana National Council for Private Schools (GNACOPS) on October 13 2019.

He noted that he will engage relevant stakeholders to ensure that the policy is bettered.

Mahama said the current government did not listen to him on countless occasions as he said that a consultation and stakeholder meeting needed to be arranged to fashion out how best and efficiently to implement the free senior high school.