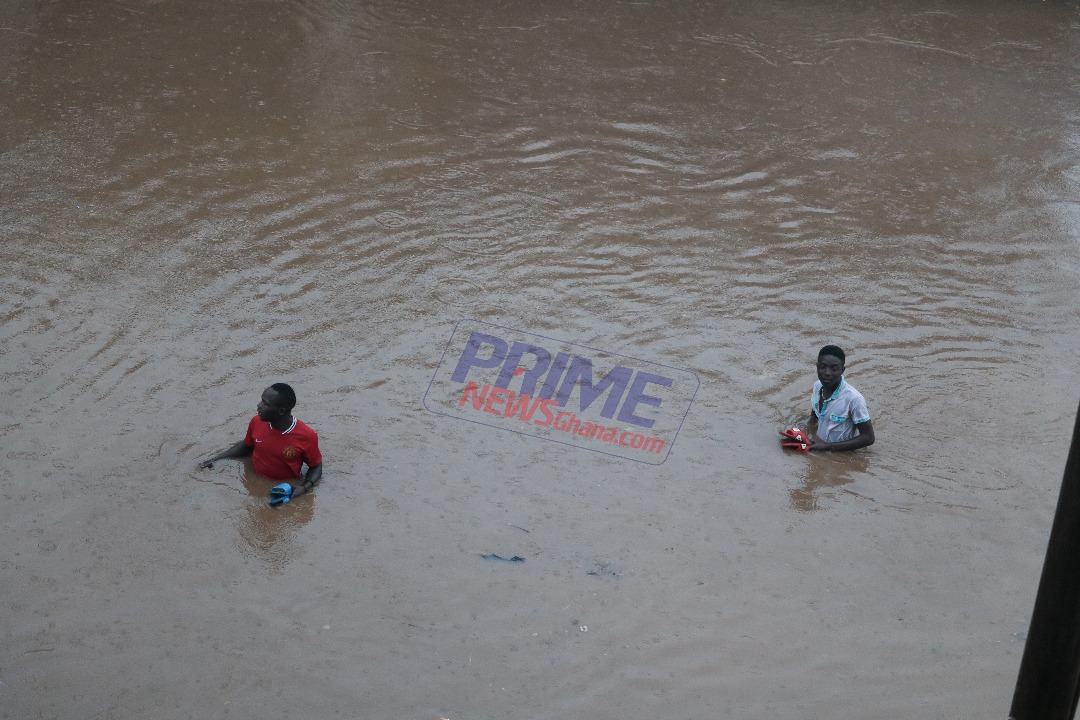 According to NADMO, even though there could be more harm in connection with the downpour, they do not expect to register any more deaths.

On Wednesday, May 29 2019, the heavy rainfall resulted in the flooding of several places in Accra and its environs. Notable among the flooded areas in the capital included the Kwame Nkrumah Circle, Asylum down and its environs.

Personnel from the Ghana Police Service came to the rescue of many people from the floods. As the rains poured down, residents were stuck at various points and needed to be whisked away as the water level rose.

Speaking to Starr FM , the PRO for NADMO George Ayisi said his outfit has combed through the various disaster-prone areas to assess the extent of damage and that three persons have lost their lives as a result of the rain

“Following yesterday’s rains, our men went out for a mop-up, they have been to 28 places and in two of those places, they recorded some fatalities.

“There was another one at Adenta and the Police have also conveyed the body too but we are yet to get details of the one”.

He said the organisation is in a good position to assist with evacuations as the rains prepare to set in.