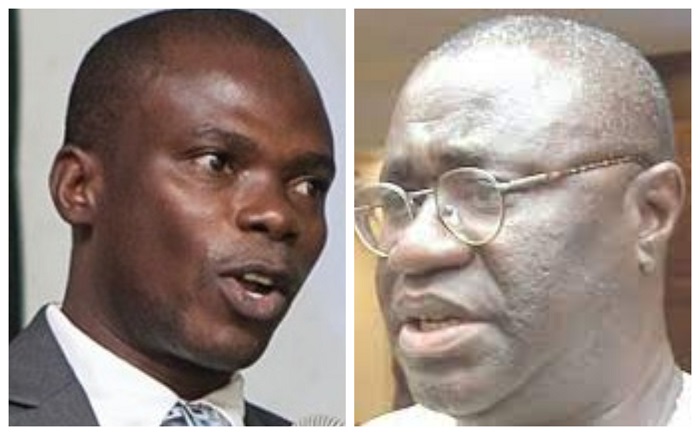 Following a press release by the National Security Ministry that it has referred its four operatives who manhandled Citi FM/Citi TV journalist to their parent agencies, there has been an public outcry for a stiffer reprimand.

Security expert, Prof Emmanuel Kwesi Aning, has said the National Security Ministry should have handed down a clear punishment to its officers for abusing the rights of the journalist.

Caleb Kudah was punched, slapped and kicked incessantly by the operatives. He had been filming abandoned state vehicles at the premises of the Ministry.

The operatives insist the premises was a national security zone that should not be filmed.

After an internal investigation, the National Security Ministry said its operatives did not act according to the professional tenets ascribed to its agents and hence reassigned them to their mother security agencies.

But the Director of the Faculty of Academic Affairs at the Kofi Annan International Peacekeeping Training Centre (KAIPTC) told Joy News on Friday, May 21, 2021, that the decision against the operatives does not amount to a commensurate punishment.

â€œIf the three police officers and Colonel Agyeman have flouted the law then I donâ€™t think they should be sent to their parent institution. The nature of the structure, what they now call apparatus, if the apparatus of National Security draws on different institutions and their personnel for them to act, then when they flout the rules of Ghana then they must be punished under that act,â€ he told Joy News on Friday.

Backing Prof Anning on this submission is Executive Director of the Media Foundation for West Africa (MFWA), Sulemana Briamah.

Mr Braimah said while the National Security Ministry has no power to dismiss any security personnel, the Ghana Armed Forces and Ghana Police Service must ensure that the officers are dealt with in accordance with the law.

The media rights champion took to his Facebook to make the following observation:

â€œNow, we look forward to what the Ghana Armed Forces (GAF) and Ghana Police Service (GPS) will do to their officers who have been â€˜deportedâ€™ for misconduct. Will the two institutions prove that they donâ€™t tolerate or condone misconduct by their officers on secondment? Or they will prove that once an officer is on secondment they are allowed to do anything and face no consequence when they are â€˜deportedâ€™ by the agencies they were seconded to. The GAF and GPS have an opportunity to prove to Ghanaians how they uphold their values. National security has passed the baton to them. We wait to see.â€

Sentiments expressed by Ghanaians on Facebook and Twitter suggest that while they are happy that the four operatives have been withdrawn, that is not enough.

"'Inappropriate' conduct by NS Officers? Just that? What exactly did the committee establish?"Â Kwaku Antwi-Boasiako, Tweeted at @ABKwaku.