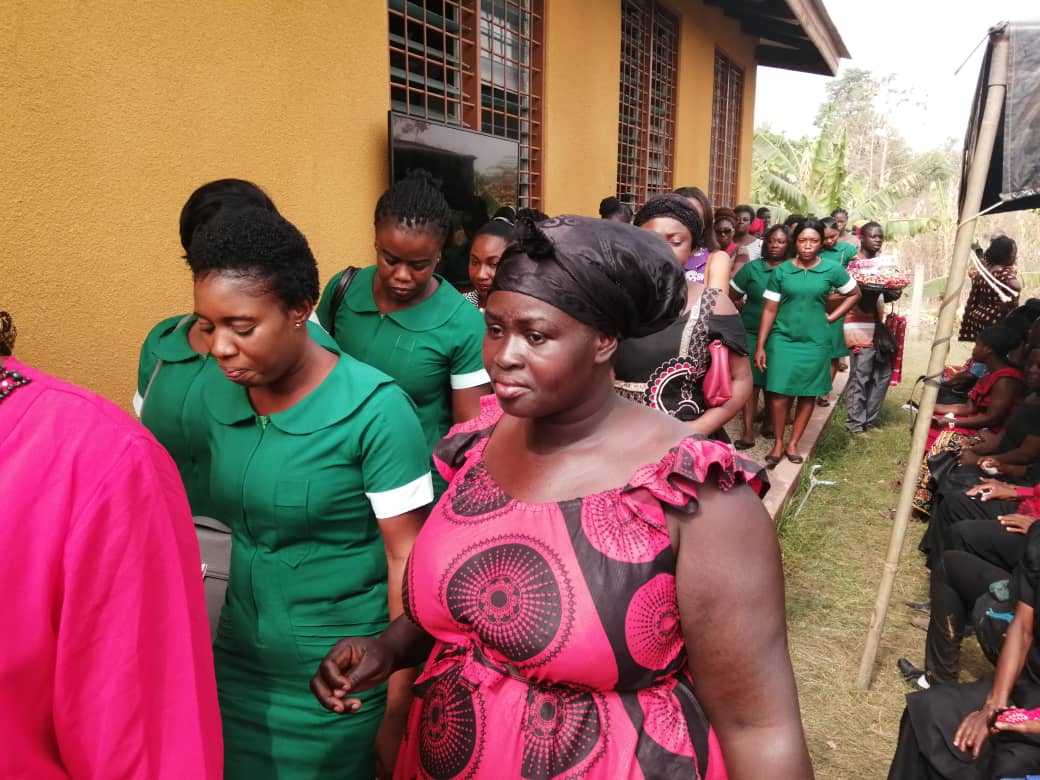 The Ghana Registered Nurses and Midwives Association has set up an educational fund to cater for the three children left behind by the late Ruth Eshun.

The 37-year old nurse was allegedly murdered by unknown assailants at Ayoum in the Ashanti Region while she was returning from work.

Mourners, sympathizers, and stakeholders within the nursing profession said they are united in the grief with a single voice calling for finality to the heinous crime.

She was laid to rest on Saturday.

But, President of the Ghana Nurses and Midwives Association, Perpetual Ofori Ampofo says plans to have the education fund is to ensure that the children of the deceased do not have their access to education interrupted following their motherâ€™s demise.

She said, GHS 10,00o has already been allocated as initial mount and called on the union members to contribute as expected.

â€œWe as a union in collaboration with all the nurses and midwives institutions in Ghana, we are instituting an education fund for Ruthâ€™s children. This is to ensure that their education is not curtailed in anyway so they can go to the university level and beyond. So we are putting in seed money of GHS 10,000 and we are looking forward to the other institutions to add on so that, once invested, the money will grow over time so the children can also benefit from it.â€

The Police in Kumasi on Monday also arrested one more person in connection with the alleged murder of Ruth Eshun.

The Police are yet to disclose the identity of the suspect but that brings the number of arrested persons to two.

On Saturday, February 8 some persons set ablaze the crime scene but the Ghana Police Service said that will not affect their investigations.