People of Northern Region are tired of conflicts - Salifu Saeed 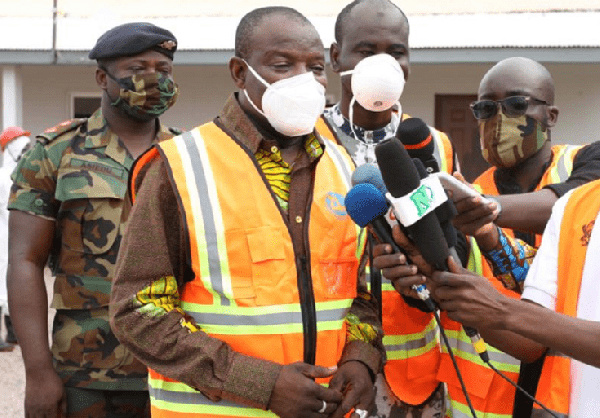 Northern Regional Minister Salifu Saeed has warned that people of the region will not allow politicians to disturb the current peace they are enjoying.

The Northern Region in the past was a 'war' zone as there was constant chieftaincy disputes and conflicts.

Mr. Saeed who was speaking to the media said the chiefs, as well as the people in the region, are tired of conflicts, hence they have resolved to deal with anyone who comes into the area to invite the youth to engage in violence.

He said, “I have spoken to the chiefs, opinion leaders, and the youth and they all say we are tired of the conflicts.

“We have worked together and now we are enjoying peace in Northern region. So we are telling any politician who leaves his region or constituency to come here to cause trouble that we are criminalizing their acts and we will deal with them”.

The regional minister who seemed unhappy with some political elements in the country said the region is enjoying an influx of investors due to the peace currently prevailing in the area.

He added, “we have worked so hard and now there is peace here so investors are rushing in hence we will not sit down and allow trouble causers to send us back.”

Recently Mr Salifu Saeed denied reports in a section of the media that the Guinean lady confirmed to have tested positive for COVID-19 but who escaped from quarantine has been found.

Mr Saeed who denied the report in an interview with the Daily Graphic said the Regional Security Council had a tip-off that a lady with the symptoms of COVID-19 had been found at a village in the Kumbungu District.

He said based on the tip-off he quickly dispatched the Regional COVID -19 team and some members of the Regional Security Committee to the village where they found the lady.

Mr Saeed stated that upon interrogation it came out that the lady who was found at the village is a Ghanaian who hails from Jirapa in the Upper West region and not the Guinean lady with the COVID-19 who has escaped from quarantine.