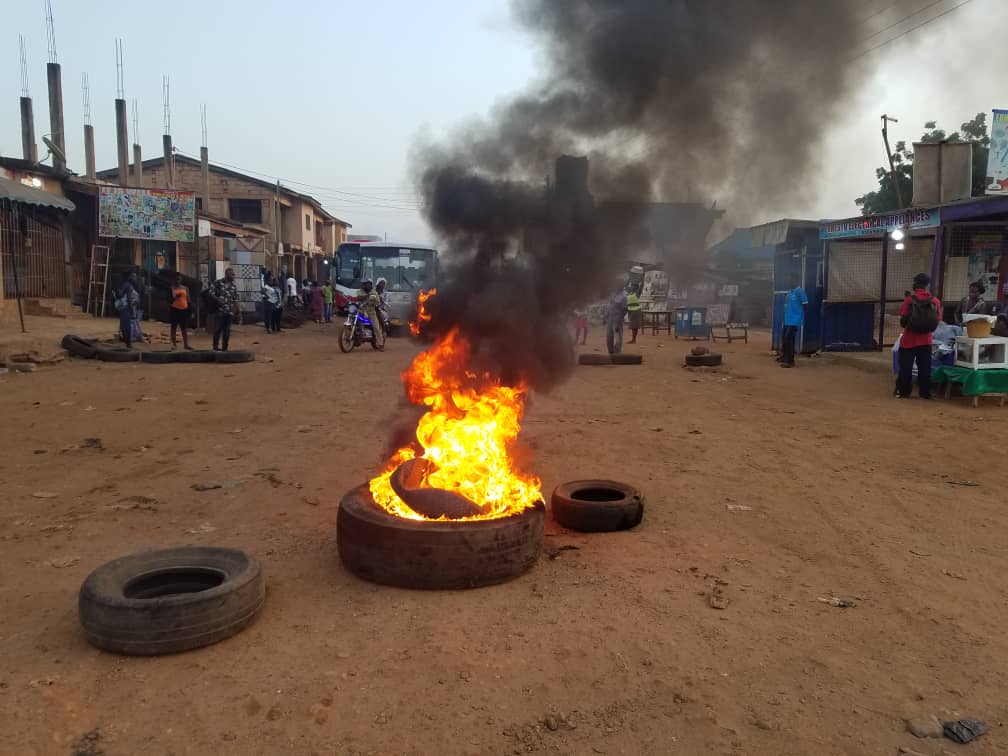 Residents of Atadeka, Washington and New York, all suburbs of Ashaiman in the Greater Accra region are this morning protesting over what they say is the dilapidated state of their roads.

Some young people in the Ashaiman municipality in preparation for the protests have blocked roads and are burning tyres in apparent dissatisfaction of the state of their roads and calling on relevant authorities to have their roads fixed.

This is the latest in a series of protests by residents in some parts of the country to push home their demand for better roads despite the assurances given by the government.

Although the government has declared 2020, as the year of roads, it seems the promise made by the Finance Minister has not yet brought relief to some people.

The deplorable states of the road in parts of the country have become a challenge to many in Ghana. 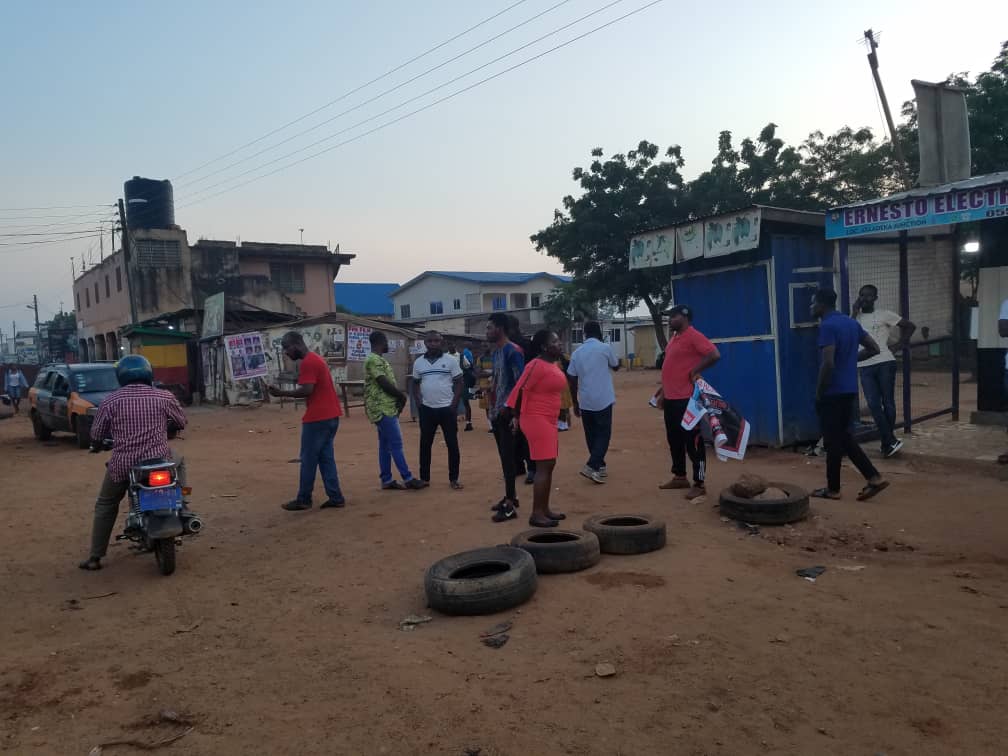 Manhean residents in the Ga West District of the Greater Accra region over the weekend also embarked on a demonstration over the poor state of their roads and threatened a “no road, no vote” campaign ahead of election 2020.

In recent times, many residents who have been outraged by poor roads in their communities have resorted to series of protests to pile pressure on authorities to get their roads fixed. 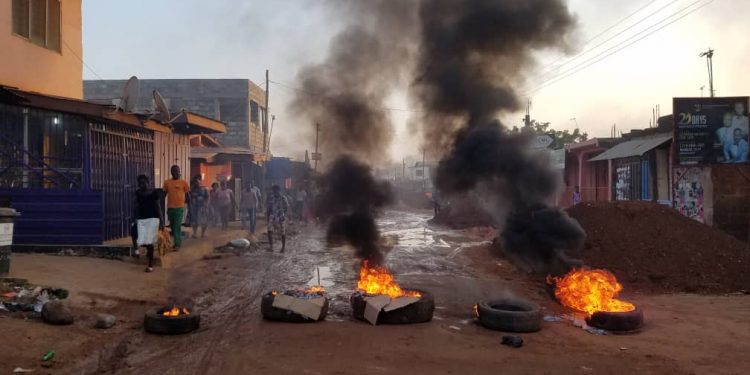 In many of those areas, protesting residents have burned tyres and wielded placards with varied inscriptions to have their roads which they say are full of potholes and bumps fixed. 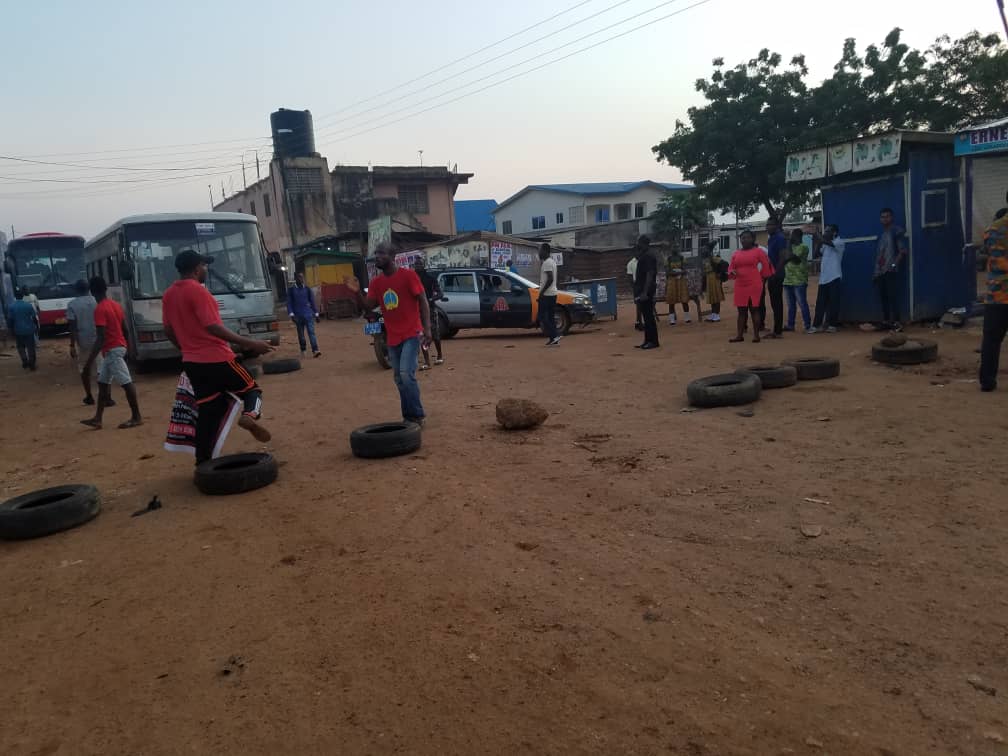