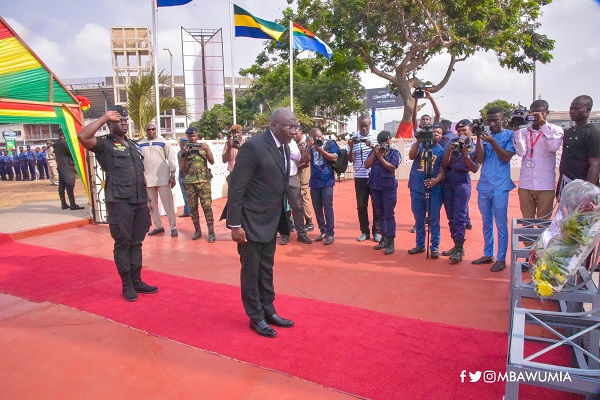 The Republic of Ghana today, commemorated the 72nd anniversary of the 28th February shooting incident which saw the gunning down of three retired soldiers by British Police in 1948.

The event which was held at the Freedom Monument, Osu, Accra saw the Vice President Dr. Mahamudu Bawumia in attendance.

The event that precipitated the country’s struggle for independence, is marked annually in honour of the three ex-servicemen who were killed during a peaceful march to the Christiansborg Castle on February 28, 1948.

The three – Sergeant Adjetey, Corporal Attipoe and Private Odartey Lamptey — all members of the then Gold Coast Regiment of the Royal West African Frontier Force, were killed by the colonial police while marching peacefully to the Castle to present a petition to the then Governor, Sir Gerald Creasy.

The Veep after posting pictures on his Twitter page wrote: "May the souls of all departed veterans continue to have eternal rest." 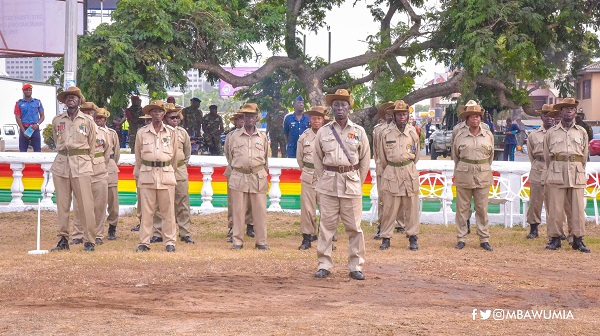 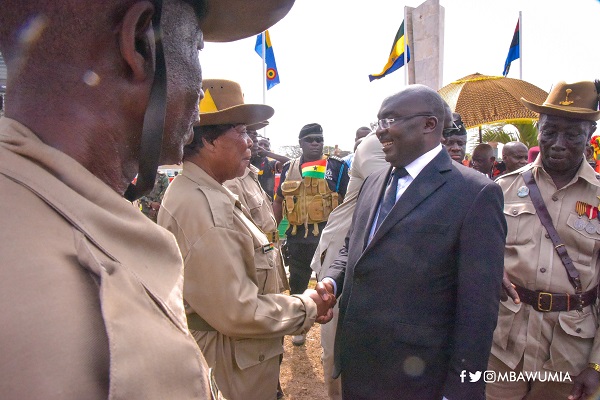 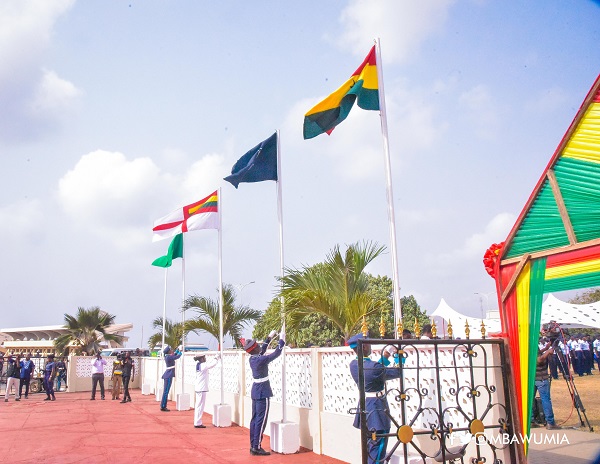 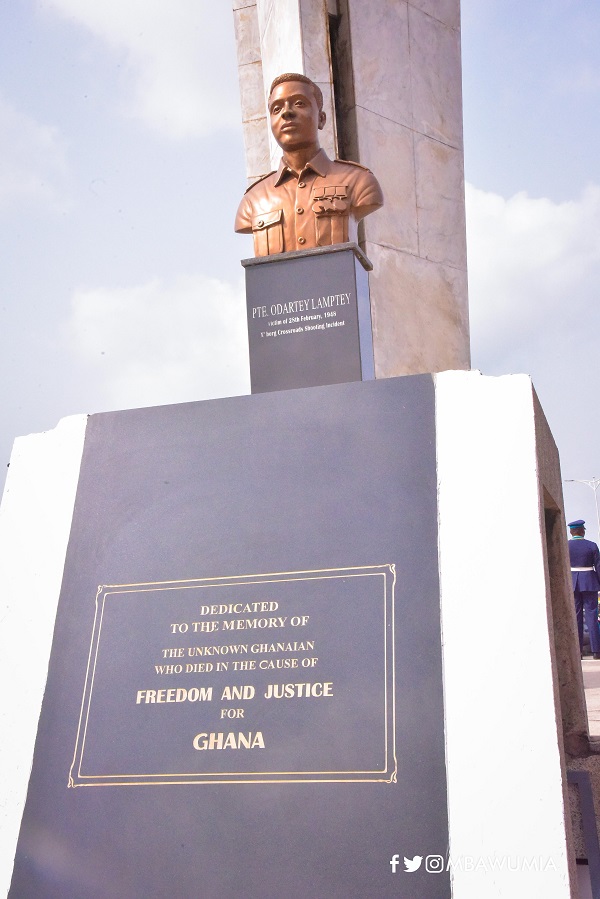 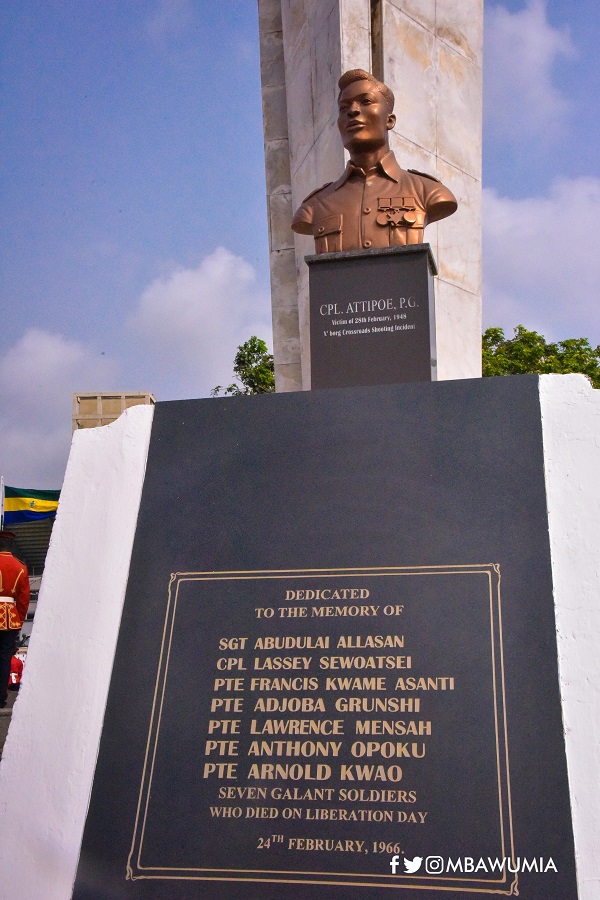 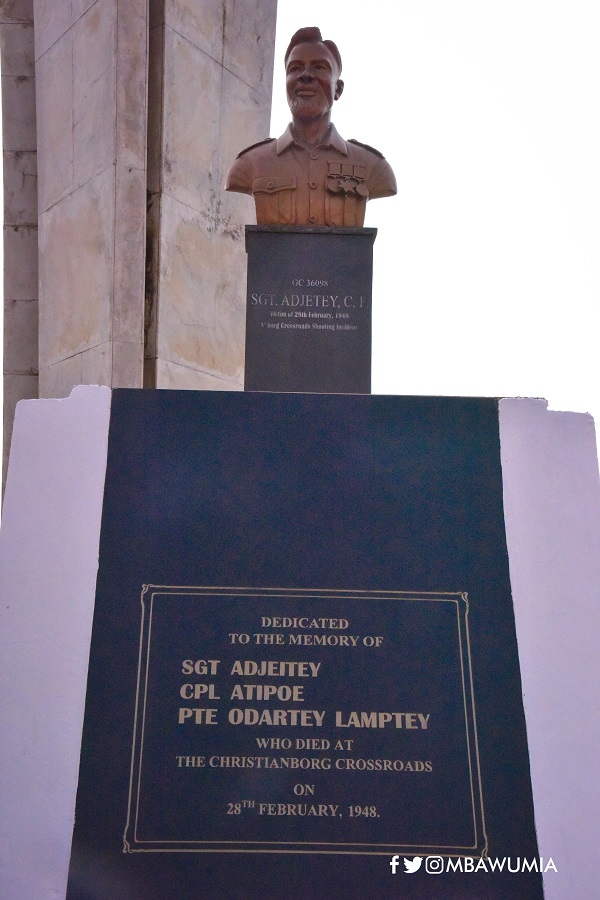 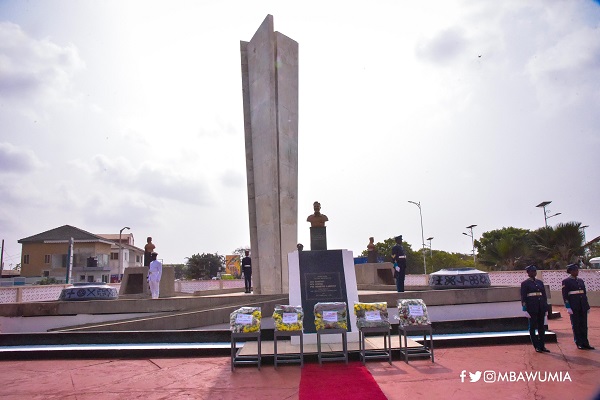