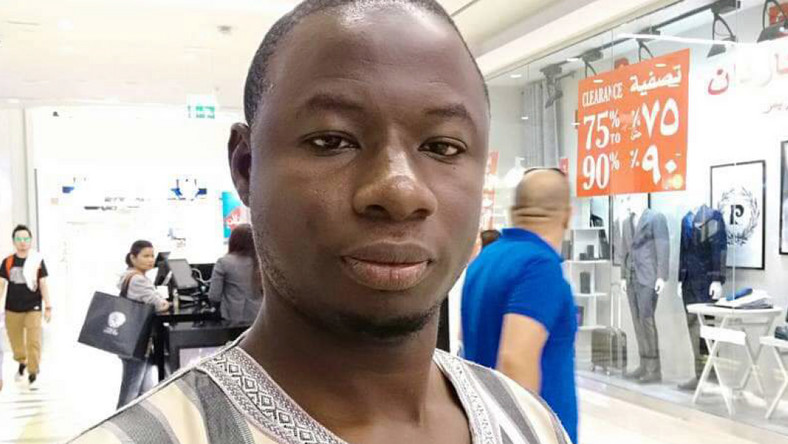 Ghana has lost its status as Africa’s best-ranked country in the World Press Freedom Index following the murder of Ahmed Hussein-Suale, an investigator with Anas Aremeyaw Anas’ Tiger Eye PI.

Ghana dropped from 23 to 27 in the world following the latest ranking by Reporters Without Borders. Namibia rose to 23 becoming Africa’s best-ranked country.

There report noted that a “group of investigative journalists had to spend part of 2018 in hiding after producing a documentary about Ghanaian soccer corruption.”

Reporters Without Borders expressed alarm with the threats on the life of Anas ahead of his exposé on corruption in Ghana football in July 2018.

This was after the Ghana Journalists Association’s (GJA) call for 24-hour protection for Anas. But it would be a member of Anas’ cohort, who would be slain by gunmen on January 16, 2019.

Ahmed Hussein-Suale, who had collaborated with the BBC in his work with Anas, was shot dead near his family home at Madina.

It is generally believed he was killed because of his work, though police investigations are still ongoing.

Ghana (27th), Africa’s best-ranked country in 2018, has lost this status for failing to protect a group of investigative journalists who were threatened, especially by a ruling party parliamentarian, after making a documentary about Ghanaian soccer corruption. One of its members was gunned down on an Accra street in January 2019. – Reporters Without Borders

The report noted that Assin Central MP, Kennedy Agyapong, who had been named in the documentary, “publicly threatened one of the journalists without ever being sanctioned.”

Mr. Agyapong was upset with the investigative team’s methods and released their photos to the public.

Aside from the killing, there were also instances of journalists on the job being assaulted by security personnel, both state and private, during their assignments.

“Journalists are rarely arrested but several were attacked with impunity in 2018, in some cases by police officers,” the report noted.

In March 2019, police in the Eastern Region had to rescue two journalists on a beat, who were held hostage by some men believed to be workers of a mining company in the Atiwa West District.

Also, Joy News reporter Latif Iddris was assaulted at the Criminal Investigations Department of the Ghana Police Service when he was covering the interrogation of then-Deputy General Secretary of the NDC, Koku Anyidoho, who was being held on treason charges.

In another notable instance, New Patriotic Party (NPP) sympathiser, Hajia Fati, assaulted an Adom FM reporter, Ohemaa Sakyiwaa, at the NPP headquarters in Accra in May 2018.

Reporters Without Borders acknowledged that Ghana continues to be seen as one of the most democratic countries in Africa but also noted that “a third of the media is owned by the state or by businessmen linked to the government.”

Sub-Saharan Africa, in general, faced a decline in press freedom “with hatred towards journalists, attacks on investigative reporters, censorship and economic and judicial harassment all undermined independent reporting and quality journalism in a continent where press freedom saw significant changes in 2018.”

Per the report, the number of countries regarded as safe, “where journalists can work in complete security, continues to decline, while authoritarian regimes continue to tighten their grip on the media.”