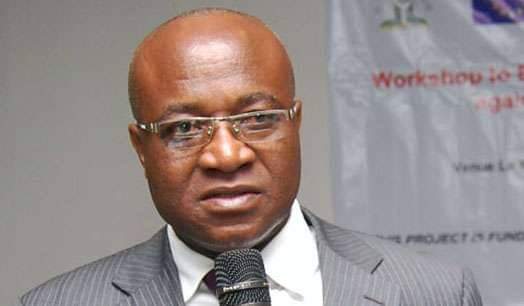 Automobile Dealers Union Ghana are demanding an immediate justification of a statement made by the Majority leader Osei Kyei Mensah Bonsu that government intends to ban the importation of overaged second-hand vehicles.

The group who say the statement may not be the official position of government want the legislator to further clarify the source of his information and give details on the said decision.

Addressing the media in Accra, president of the union, Eric Kwaku Boateng said the Union was not against assembling of vehicles in Ghana as proposed by Government, but insisted road accidents were caused by several factors such as bad roads and not second-hand vehicles as suggested by the Majority leader in Parliament on February 7, 2020.

The union, therefore, asked Mensah Bonsu to provide scientific evidence to support his claim if he has any contrary view.

â€œSince when did he realise that flooded, salvaged or accident and second-hand vehicles are the causes of numerous accident on our roads. Was any scientific analysis conducted by any recognised Institution or what empirical evidence does he have to support his assertion? We want to know."

The union also described as false, statement by the Majority Leader that used vehicles cost about $10,000 which is far more cheaper than brand new vehicles.

The union also asked government to provide alternative means of transportation if imported second-hand vehicles are banned as they are used to carry foodstuffs from the hinterlands to the cities.

They have also called on government to distance itself from the comment if it has no such plans.

While bemoaning the impact such acts will have on their businesses, secretary to the group, said they are willing to engage government on the issue as stakeholders in the industry.

The Union asked the majority leader to channel his concerns to the Driver and Vehicle Licensing Authority (DVLA), mandated by law to check the road Worthiness of vehicles rather than shifting the blame of accidents on roads to second hand imported vehicles.