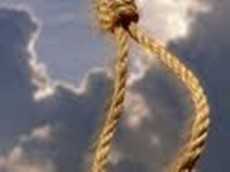 An eight-year-old boy has reportedly committed suicide at Awutu-Bawjiase in the Central Region.

The boy was found hanging on an orange tree behind their house but was pronounced dead upon arrival at the hospital.

ASP Bernard Awudu Norgah, the District Police Commander of Awutu-Bawjiase, indicated on Adom FM that there were marks on the boy's which confirmed suicide.

According to hihim, the young boy  who was playing with friends on his father’s compound prior to his death went missing for a while, only to be seen hanging on an orange tree where the elders in the house quickly removed him and rushed him to the Bawjiase health post.

He was then transferred to the Swedru Government hospital but was pronounced dead upon arrival.