Sanitation Ministry apologizes to intern/Multimedia, gives details of what transpired 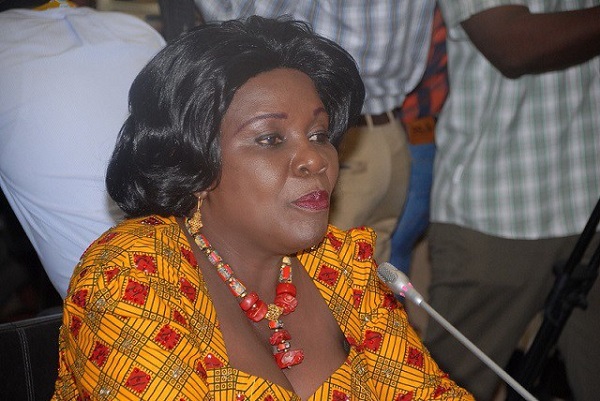 The Ministry of Sanitation and Water Resources has issued an apology to Multimedia after the brouhaha that transpired between an intern of Adom FM and Sanitation Minister Ms Cecilia Dapaah.

Their apology follows the Sanitation Minister, Cecilia Dapaah's comments, speaking angrily to a Multimedia (Adom FM) intern, emphasising, her request for an interview is disrespectful because she is an intern.

‘Who gave you permission to call me to speak to me directly like that?’ ‘You don’t respect…please go off,’ she said.

The Multimedia intern wanted to get the ministry’s reaction to reports, persons caught littering are ordered to pick up the litter or sweep streets.

The Ministry has also offered an insight into what actually transpired between the intern and the Minister and says the reports been put out by the media is not a fair reflection of the issue.

Portions of their statement read: "For the purpose of records, it should be stated that the Minister was at a meeting when she received the call and was, therefore, requesting that the reporter should call later. She was also of the view that the news editor should have prompted her earlier for the interview. The Sector Minister did not ignore the reporter on the basis that she was an intern" 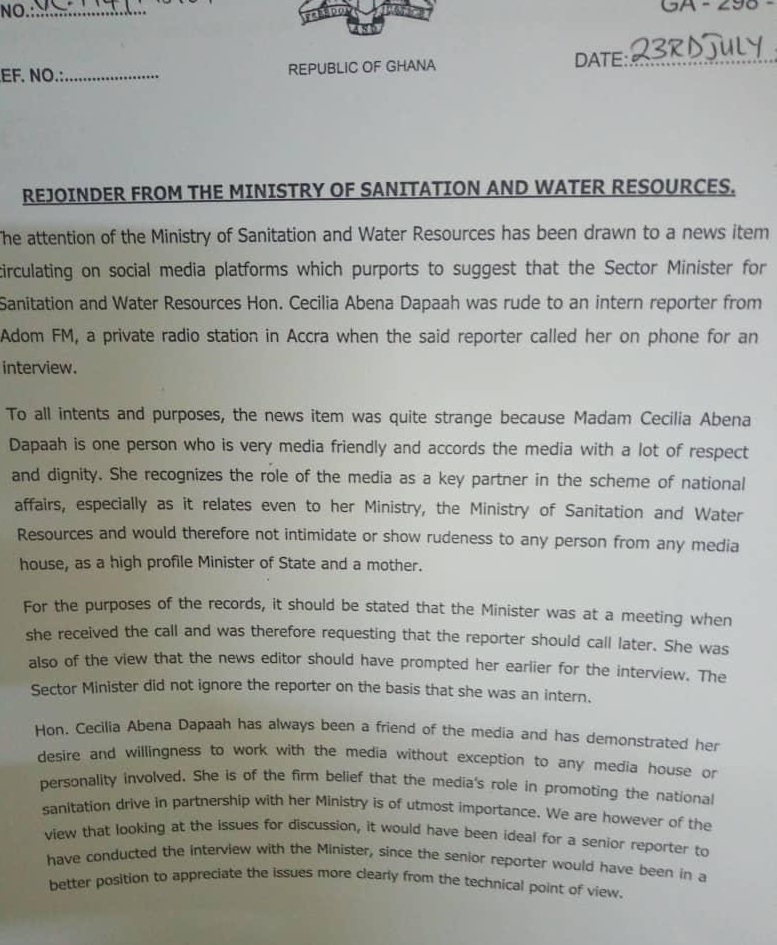 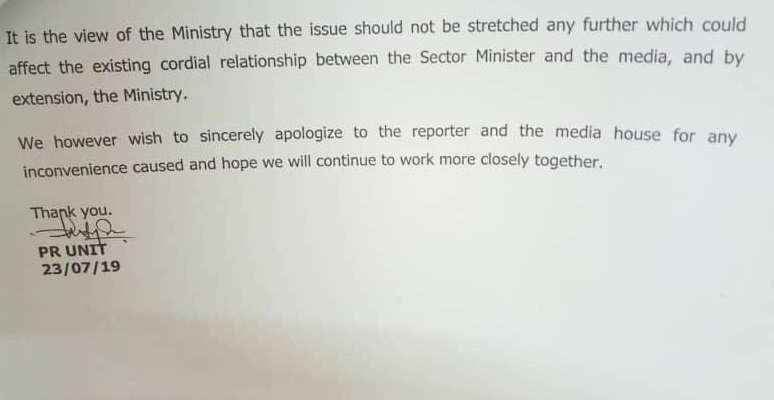