SOFTtribe E-billing had challenges which they couldn't solve, it cost us so much - GWCL justifies contract cancellation 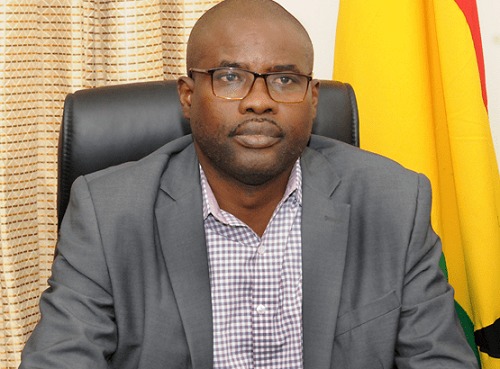 Ing. Dr. Clifford A. Braimah the Managing Director of the Ghana Water Company Limited (GWCL) says SOFTtribe are shifting the goal post as to what led to the cancellation of their contract.

Mr. Braimah says SOFTtribe could not fix certain technical issues related to the E-billing system which cost GWCL some monies.

SOFTtribe was the firm running the E-billing system for Ghana Water Company.

Mr. Herman Chinery-Hesse the Chairman of SOFTtribe on Wednesday told Joy FM that a very 'powerful' person at the Ghana Water Company Limited (GWCL) attempted to extort money from them but they resisted.

He said they have not been given any reasons why their contract was terminated but he believes their fierce resistance to attempts by some persons within GWCL to extort money from them is the primary reason.

Mr Braimah at a press conference today November 28,2019 said: "As a business-friendly institution we still gave them (SOFTtribe) a chance to fix the problems. They told us it will be fixed within 3 months, since October 2018 they have not been able to do so. They shifted the goalpost and informed us that, all they need to do is to buy point of sale service equipment. We procured 252 points of sale service equipment so they pick one. More than a year now we have not been able to use because they can't integrate into their system. It cost GWCL GHC 778,000 to get that equipment. If you are a responsible company what will you do in this situation?"

Mr Braimah added that some staff resigned from SOFTtribe and these were personnel who were focal in the designing of the E-billing system. This he says affected the company and that created a reduction in the revenue they had previously.

Mr. Braimah also said SOFTtribe's allegation of an official of GWCL trying to extort money from them will be reported to the BNI and the CID to investigate.

On Monday, November 25, 2019, men who claim are officials of National Security raided the office of SOFTtribe and seized the phones of all the staff.

They asked SOFTtribe to give them passwords to get access to the Ghana Water Company database which led to a bit of a heated moment and saw of their staff whisked away.