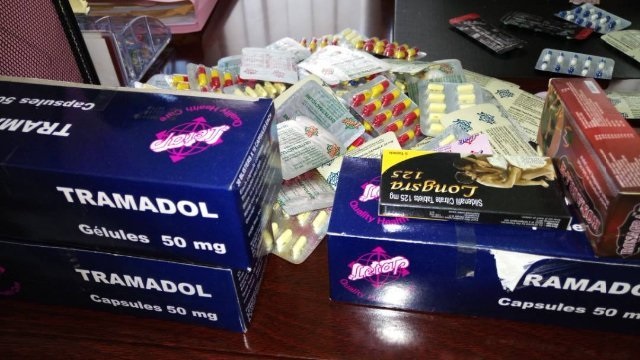 The Minister of Health, Kwaku Agyemang Manu, has said that the abuse of drugs such as Tramadol and codeine is posing a threat to the nation and thus deserves immediate attention to address the problem.

Speaking at an event organized by the Food and Drugs Authority (FDA) on Monday, May 14, 2018 in a dialogue on the way forward to end Tramadol abuse, he said the trend poses a significant threat to security and economies of countries.

"The issue of Tramadol and Codeine abuse has become a national threat which requires a consented effort by all stakeholders to curb it. The effects of drug abuse on the individual, society and nation at large includes but not limited to the following: loss of revenue in the form of tax to cater for drug addicts at the psychiatric hospitals, prisons and rehab centres; loss of productivity, injuries and brutalities due to road accidents…’’

He urged all and sundry to get involved in dealing with the menace since it has an effect on the whole society once it thrives.

"To address these threats effectively, will require multi-sectoral cooperation amongst stakeholders…Combating counterfeit medicines and drug abuse is everyone’s responsibility, from government, industry, policy makers, civil society, the media and right down to individual consumers", he advised.

The Health Minister also noted that the menace of pharmaceutical crime has become a global phenomenon which is a threat to public health.

‘’It is a multi-billion illegal business which is sustained largely by the lure of high financial gains combined with the perceived low risk of detention and prosecution.’’

An estimated one in every ten medical products according to the World Health Organization (WHO) is substandard or falsified in middle and low income countries.

The Minister however assured that the launch of the anti-microbial drug resistance policy and national action plan and the yet to be launched medicines policy, will help in fighting fake and drug abuse.

Mr. Kwaku Agyemang Manu added that, government is supporting and will continue to support initiatives aimed at improving the health of citizens.