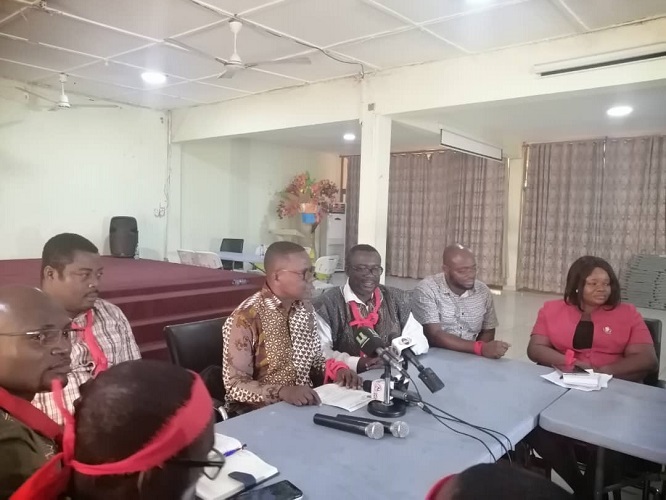 The strike is in protest of the non-payment of allowances due to its members following the conversion of polytechnics to technical universities.

According to the association, the government has refused to fully comply with the ruling by the National Labour Commission (NLC) to ensure that members of the association started receiving allowances due them from December 2019, January 2020 and February 2020.

Addressing the media in Accra today, National President of TUTAG, Dr Solomon Keelson accused the government of not upholding parity in tertiary education

“The government is doing everything to create a second-tier public university even though the NTC [National Tertiary Council] professes parity of prestige.”

''Salaries of December 2019 were paid without the said allowances with no official communication to that effect.”

He added that TUTAG shall only call off the strike “upon the fulfilment of the National Labour Commission ruling on the 28th of October 2019.” 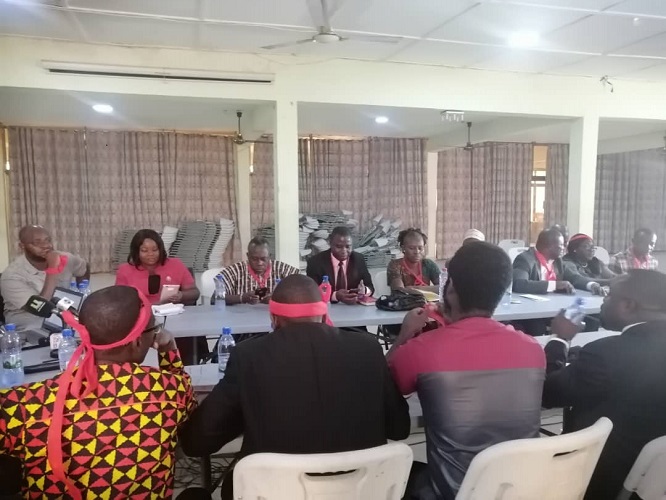 The association embarked on a sit-down strike in October 2019 in protest of the non-payment of allowances for about three weeks.

The students affected by the strike were left stranded when academic work was halted.

On December 27, 2019, TUTAG declared an immediate resumption of its suspended strike after initially calling off the strike started in October. 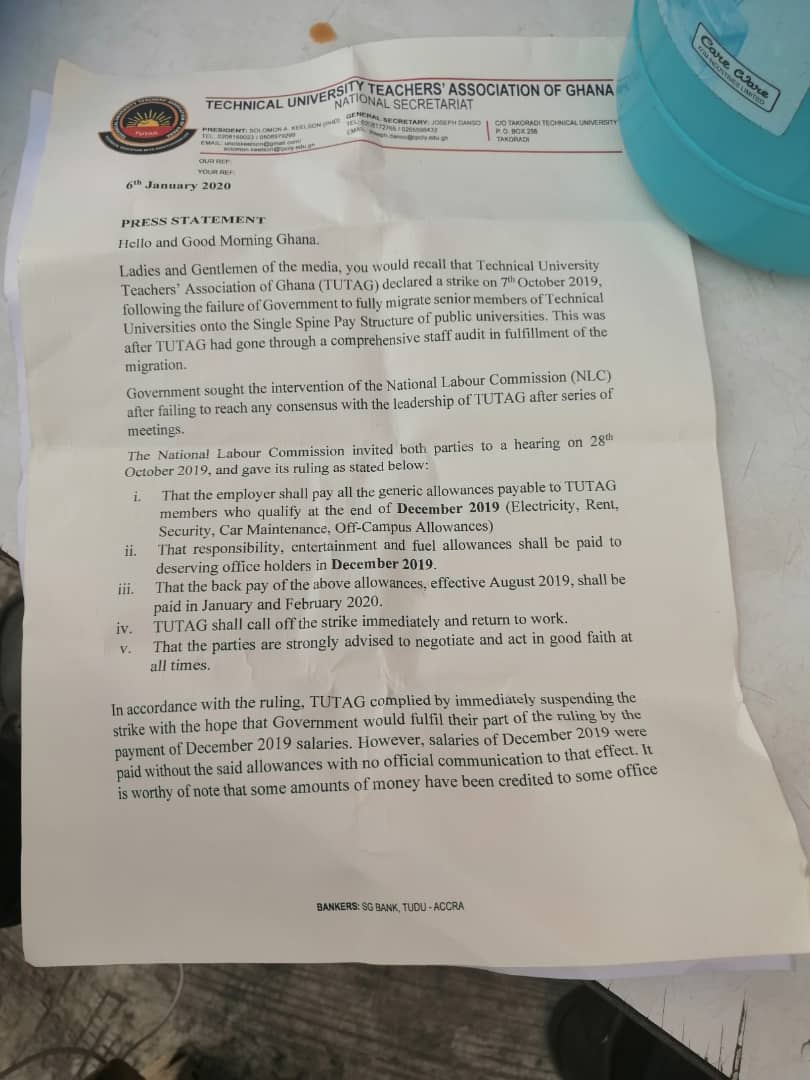 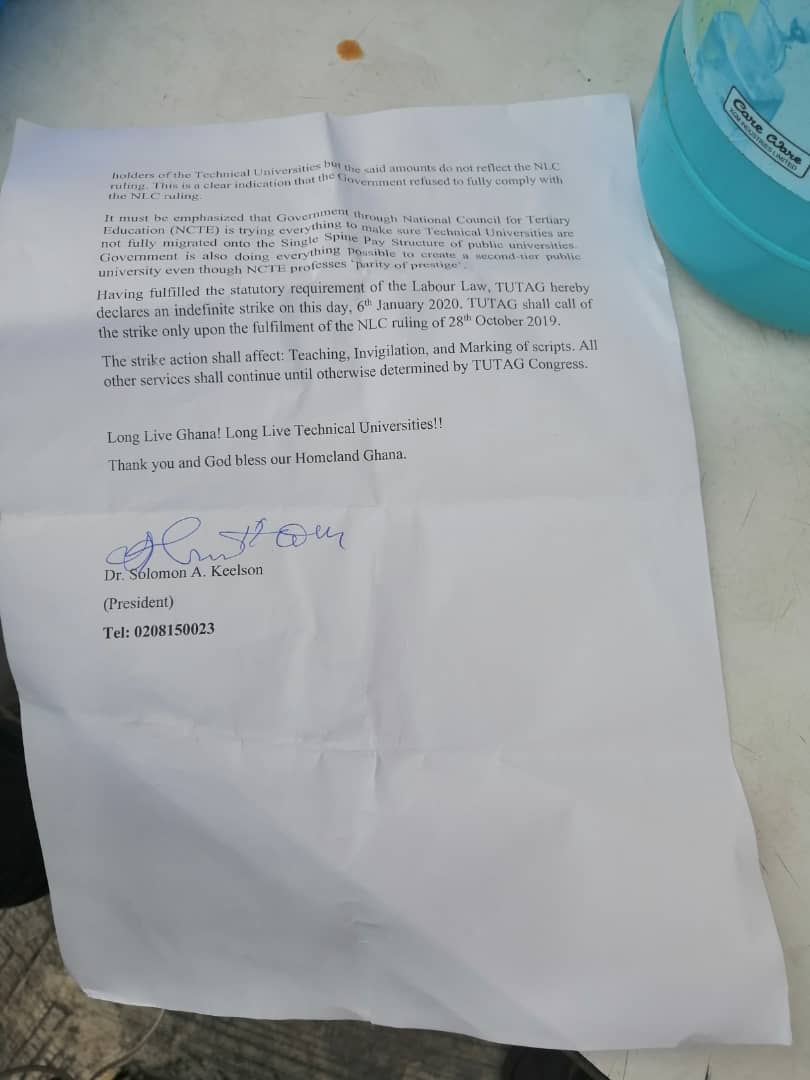