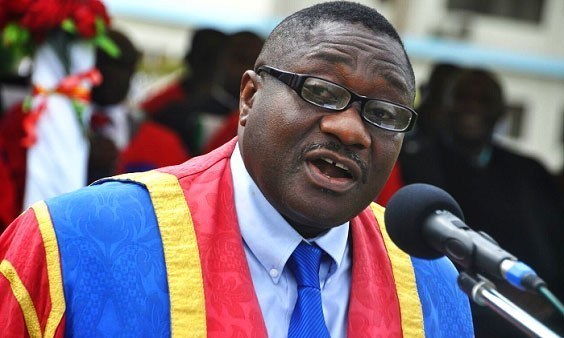 Former Vice-Chancellor of the University of Education,(UEW) Winneba Professor Mawutor Avoke has had his planned press conference disrupted by armed police personnel.

On Tuesday, July 23, 2019, Mr Avoke in the company of other dismissed staff of the university entered the campus and into the council chamber in an attempt to address a press conference.

Reports say security officers responded and disrupted the planned press conference details of which are yet to be made known.

Prof Avoke speaking to journalists said he and the other dismissed staff were back to the campus to take their positions since the Economic and Organised Crime Office (EOCO) has since established that they did not wrong to warrant the said removal and dismissals.

The whereabouts of the incumbent Vice-Chancellor Professor Anthony Afful-Broni is currently unknown as  he is yet to comment on issue.