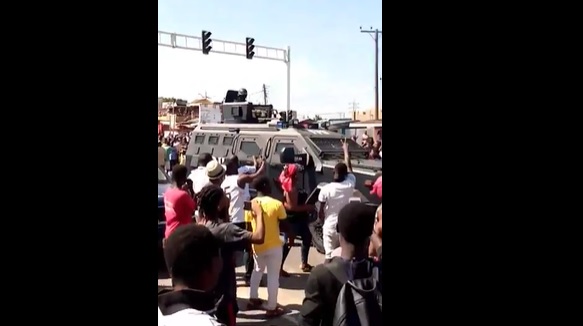 There is a heavy police and military presence at Awoshie in the Ablekuma North Constituency after residents blocked some roads.

The residents blocked the roads in protest of faulty traffic lights in the area, which have accounted for many deaths, most recent being the death of at least two persons within the past four days.

Reports from the ground indicate that Member of Parliament for the area, Nana Akua Owusu Afriyie, who drove to the area to intervene in the situation was hooted at and chased away by angry protesters. 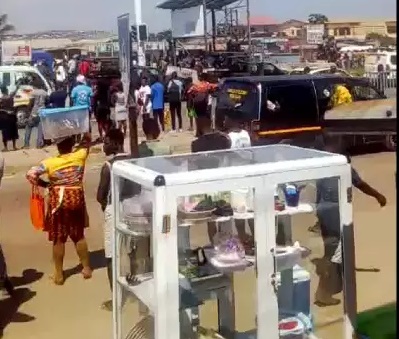 Military and police personnel who arrived at the scene shortly after it began, fired warning shots to disperse angry residents.

The irate youth who would not budge however got back to their protest almost right after.

Some of the angry residents spoke to the media said they had suffered too many casualties on the road.

“We get knocked down by cars like chickens. Up to Ablekuma, all the traffic lights are not functioning. Last week, someone was knocked down. It happened again on Saturday,” one resident said.

“Our leaders are not thinking of the wellbeing of citizens. We vote because we want development. The police and soldiers are here. When they leave, we will still demonstrate and prevent any car from plying the road,” he added.

They say it is a holiday so they will spend the entire 24 hours there just to tell the government how serious they are about the situation.

Security personnel are however still on the ground, trying to maintain order amidst the chaos.