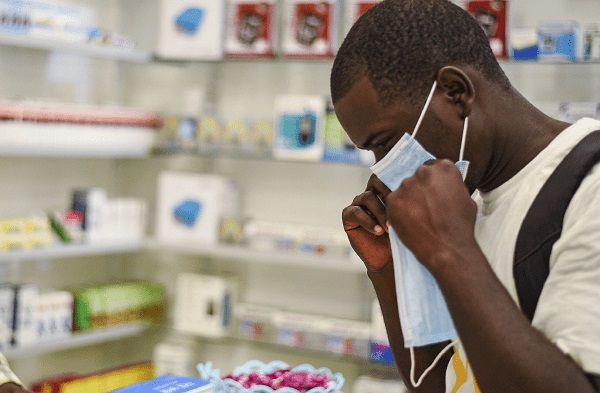 The authorities in the Ho Municipal District in the Volta Region has issued a directive that failure to wear a face/nose mask would see one pay a fine of GHC20.

This they believe will compel residents in the region to wear the mask.

President Akufo-Addo last Sunday announced that the wearing of mask in public was now mandatory and directed the police to enforce it.

The Volta Regional Minister Dr Archibald Letsa is concerned over the public's response to the coronavirus measures and says the attitude of people is contributing to the rising number of cases in the region.

"Now there is a spot fine of GHC20 for whoever fails to wear the mask. Weeks ago we gave instructions to all the assemblies to also pass by-laws to also enforce the wearing of mask together with other protocols announced. We have told the assemblies to meet and discuss some of the by-laws."

The Ministry of Health also issued a directive in the same month telling citizens to wear face masks in public places where it may be difficult to maintain social distancing.

This was announced by President Akufo-Addo in his 11th address to the nation on June 14, 2020.

He also announced that the death toll in Ghana also stands at 54.