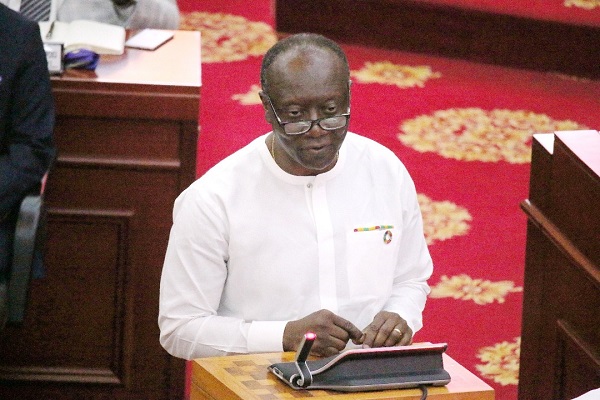 Minister for Finance, Mr Ken Ofori-Atta has revealed that the government has paid judgement debts totalling GH¢283 million to individuals and companies between 2017 and 2019.

Mr Ofori-Atta in told Parliament on Friday, July 13, 2019, that government had to pay these judgement debts due to court orders for breaches of contracts, largely compensations for personal injury claims and acquisitions, "which cannot be ignored."

This revelation came up when the National Democratic Congress (NDC) Member of Parliament (MP) for Mion, Mr Mohammed Abdul-Aziz, asked how much government has paid in judgment debts from January 2017 to date.

In addition, Mr Ofori-Atta said, a number of cases had been pending in court and a further GH¢97,076,438 had crystalised out of the cases, bringing the total amount to GH¢679,489.

He added that in total government had no choice but to pay 42 per cent of the outstanding, which was approximately GH¢94million yearly, due to the garnisheeing of government's accounts and the renegotiations held.

"The phenomenon and quantum of judgement debts is a deplorable development in our country and can distort our budget as they result from unpredictable breaches in contracts and unethical behaviours of officers who have been entrusted with the responsibility to take care of the public purse.

"Government continues to pay several millions of cedis in judgment debts to individuals and companies due to court orders for breaches of contracts, largely compensations for personal injury claims and acquisitions, which cannot be ignored", he said.

He, however, said the government's approach was to renegotiate most of the judgement debts and ensure that the country made as much savings as possible and continued to protect the public purse.