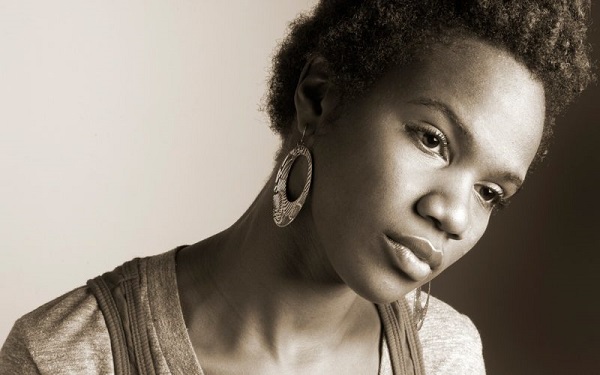 ‘My mom’s boyfriend is cheating…with me’
Shares

My parents had the kind of marriage that made you a hopeless romantic. They had good times and bad times, but through it all, the mutual respect and love remained constant.

It was that perfectly imperfect kind of love. But one cold winter night, a drunk driver destroyed that bond and took my fatherâ€™s life, along with my motherâ€™s heart.

It took years before my mother began to heal from his loss, so when she finally opened herself up to dating again, I was beyond happy for her.Â  I loved my father, but I also wanted my mother to love again, to live again.

When my mother met Branden, the change in her was almost immediate.Â  She glowed and sung around the house just like she used to when my father was alive and it made me happy to see her back to her old self.Â  After a year and a half of dating, my mother allowed Branden to move into her home. The family loved him and he genuinely seemed to be an amazing man.

One day after work, I decided to stop by my motherâ€™s home for our weekly check-ins. She was late arriving so it was just Branden and me in the house. I heard him talking to a woman, telling her how beautiful she was and how he had been admiring her from a distance but was too afraid to approach her.Â  He said he wanted to get to know her better and that there was something about her that he simply couldnâ€™t resist.Â  He reminded this woman that she had his number and that she should use it some time. He whispered more sweet nothings in her ear and then the talking stopped.

At first, I treated Branden with disgust; I mean, this was my motherâ€™s boyfriend, her man!Â  But I couldnâ€™t help the attraction that existed between us, especially since he was closer to my age than my motherâ€™s.Â  Our conversations flowed over Sunday dinners at my momâ€™s house and we got along like brother and sister, but apparently, Branden saw more.Â  After that day at my motherâ€™s house, I avoided him like the plague.Â  For months I made excuses for why I couldnâ€™t stop by the house and often invited my mother over to mine instead.

Then, one day, he showed up at my house and before I could even fix my face to cuss him out, he kissed me and the affair was on.

After the first time we had sex, I felt like trash. How could I do this to my very own mother?Â  Mothers and daughters are supposed to be close and share things, but sharing a man was never supposed to be one of them.Â  Before common sense could take over I was hooked on the thunder and I couldnâ€™t care less about my mother anymore.Â  I wanted Brandenâ€“all of him.I disrespected my motherâ€™s home and slept with her man while she was one floor below us. I told her I couldnâ€™t help her when she needed me because Branden was in my bed helping himself to me.Â  It became a game, a competition and I knew my youth would win. Even when my mother started complaining to me about his late nights, I reassured her that he would never cheat on her, knowing damn well he wasnâ€™t home in her bed because he was in mine.Â  I was treating my mother like a frenemy, like some random chick I was getting the one-up on.Â  I was sick and had clearly lost my mind.Â  It wasnâ€™t until recently when I popped up at my motherâ€™s home unannounced and heard her and Branden having sex and had the urge to fight her like she stole my man that I realized my actions had gone way too far.

This is my mother, not my friend and certainly not my competition.Â  I had let my weakness and this weak man come between my mother and me.Â  I was in a hallway ready to fight my mother over a man that clearly had no respect for either one of us.Â  I had betrayed the one person on this earth that would move heaven and earth to make me happy.Â  The thought of the hurt my mom would feel if I confessed literally makes me ill; I donâ€™t want her to hurt anymore.Â  Losing my father nearly killed her, I shudder to think what this betrayal would do.Â  However, I canâ€™t keep letting her give her heart and soul to a man I know, first hand, isnâ€™t doing right by her.Â  The decision ahead of me is a tough one.Â  I could lose my mother in more ways than one by revealing this affair, but like my mother always says, â€œIf you make the bed, you damn well better be ready to lay in it.â€Â  I just hope when I do she can forgive me.

As told to Danielle Pointdujour.

This article was originally published by the Ebony Magazine on July 16, 2013