Wives must give side chicks some competition - Prophet Kofi Oduro 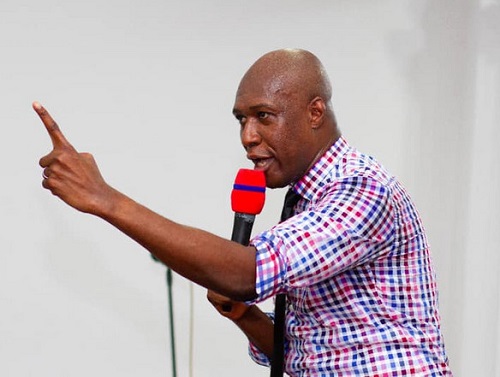 Head Pastor of Alabaster International Ministries, Prophet Kofi Oduro has told wives that they should not be too comfortable after marriage since there are some unscrupulous girls out whose stock in trade is to snatch peopleâ€™s husbands from them.

According to him most often after marriage ladies stop trying to impress their husbands the way they used to do whiles in courtship or concubinage and have advised them to fix this issue.

Speaking in an interview with Lexis Bill on Joy FM, he advised married women to stop resorting to tying clothes or wrappers around themselves at home when their husbands are around.

The Alabaster box preacher has often been preaching about marriage and relationship and this time has reiterated a message he often gives to married ladies.

He says marriage is not over after all the rights are done and wives must still do a lot to entice their husbands or make them stay at home in this day in age.

In his own words, he said â€œwives must give competition to these side chicks else they will snatch your husbandsâ€ he advised.