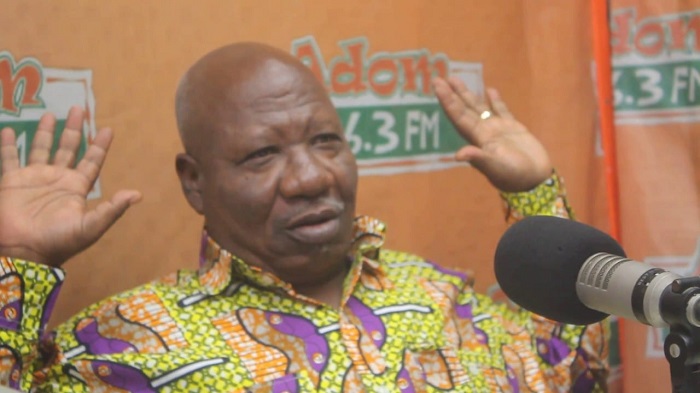 At a news conference in Cape Coast in the Central Region, the women invoked curses and later used brooms to symbolically sweep him out of the party.

The spokesperson for the women, Akua Helen warned the former Central Regional Chairman of the party, Mr Allotey Jacobs, to stay away and also refrain from disrespecting the party's leader John Mahama described him as a 'Camel".

READ ALSO:Â I won't join any party but will support Akufo-Addo and Bawumia - Allotey Jacobs

"What Allotey has done is like a Camel, he only came into the NDC to eat and after he wants to destroy the party but we the women in Central Region will never allow that, he should stay clear of the NDC and stop disrespecting John Mahama and other leaders".

The NDC last month in a letter signed by General Secretary Johnson Asiedu Nketia, Mr Allotey Jacobs was dismissed on grounds that he exhibited â€œanti-party behavior.â€

â€œAt our meeting on Wednesday 17th March, the Functional Executive Committee of the NDC considered the report and recommendations of the Disciplinary Committee on the case of misconduct and anti-party behaviour brought against you Mr Allotey Jacobâ€™s pursuant to article 48(1) (b) and 8 (b) of the NDC Constitution..

â€œThe Committeeâ€™s report which is herein attached for your attention, found you guilty of the said allegations of misconduct, anti-party conduct and recommended among other things your immediate expulsion from the party,â€ portions of the statement read.

But according to Mr Allotey Jacobs, he voluntarily resigned from the party although he hasnâ€™t served them with an official notice.