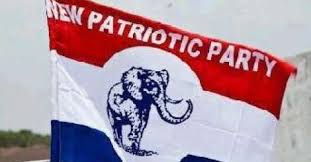 Central Regional Secretary of the New Patriotic Party (NPP) Richard Takyi Mensah has urged Parliamentary aspirants in the region to channel their campaign energies towards the fight against COVID-19.

The NPP has had to suspend their parliamentary and presidential primaries due to the ban on public gathering as a result of COVID-19.

Mr Mensah says we are not in normal times and the aspirants need to intensify their efforts now to help in the fight.

â€œThe aspirants have joined the fight against COVID-19 some of them have already donated PPEs, Veronica buckets to their constituencies, but we encourage the others who have not to joined now and that will be good for allâ€.

The New Patriotic Party (NPP) suspended its parliamentary primaries which was originally scheduled for April 25, 2020, to elect parliamentary candidates in constituencies where the party has sitting Members of Parliament ahead of the 2020 General Elections.

The decision to suspend the primaries was taken a National Steering Committee meeting held on Tuesday, April 14, 2020, due to the ban on social gatherings as part of national efforts towards the containment of the Covid-19 epidemic.

This was contained in the Ghana Health Service updates released on May 2,2020.

The recovery numbers stand at 229 with 18 deaths.