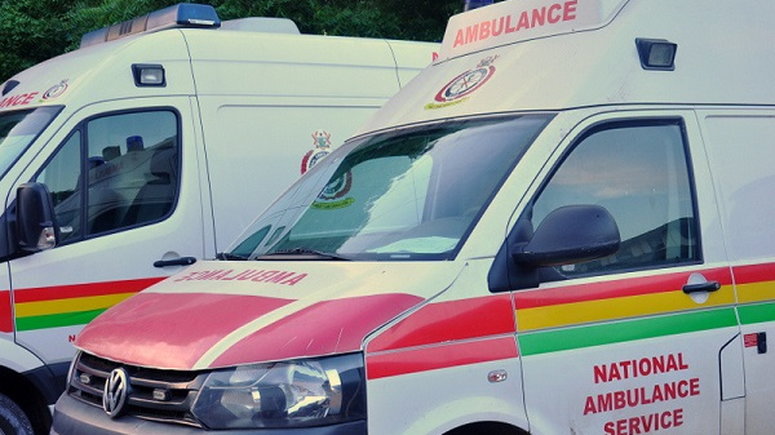 The opposition National Democratic Congress (NDC) has called on the government to immediately release the parked ambulances at the State House.

The NDC in a released signed by the party’s National Communications Officer, Sammy Gyamfi they accused President Akufo-Addo of not valuing Ghanaian lives and also said the excuses being giving for not distributing these ambulances are flimsy.

He opines that Ghana continues to lose numerous lives on a daily basis due to lack of ambulances and the best the government could have done is speed up processes in distributing these parked ambulances.

Mr Gyamfi said the NDC is not surprised by the never-ending excuses which only “typify the deception, insensitivity and leadership paralysis that Ghanaians are being subjected to by inept President Akufo-Addo and his wasteful government.

“Indeed, governments heartless handling of this ambulance fiasco so far underscores the fact that President Akufo-Addo has very little regard for the lives of Ghanaians, particularly considering the snobbish remarks by the Minister of Special Development Initiatives, Hawa Koomson that Ghanaians were already dying before the ambulances were procured,” the statement added.

Even more bizarre for the party are the new reasons given recently by the National Ambulance Service, which curiously was routed through the Ministry of Health and not the Ministry of Special Initiatives.

The NDC says the actions of the government only suggest that they want to distribute this closer to election 2020 to score political points.

READ ALSO: Why parked ambulances at State House will not be commissioned today 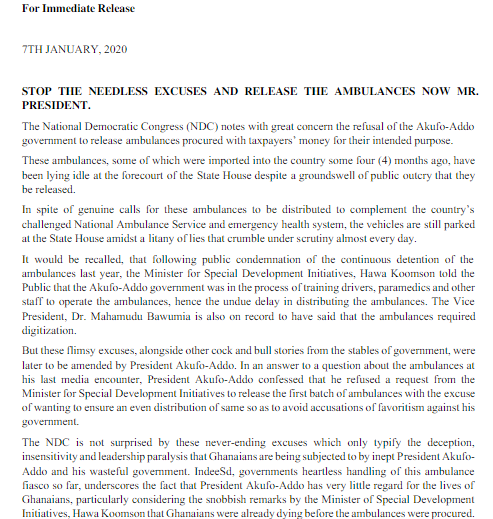 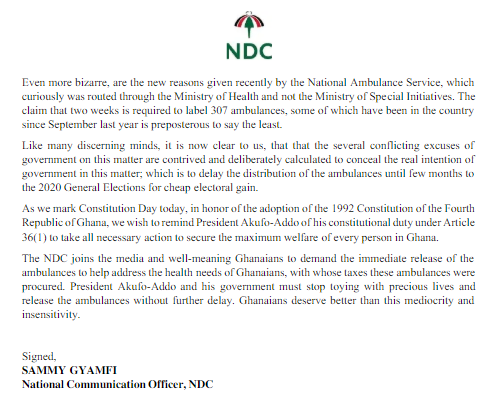