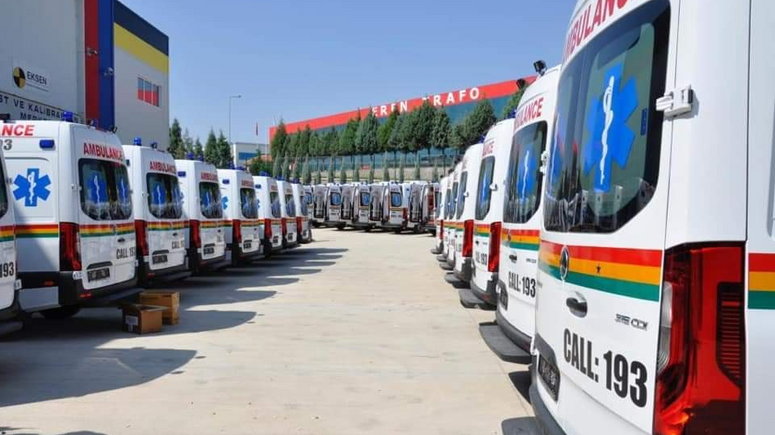 The Minority in parliament are alleging that government is intentionally delaying the distribution of ambulances parked at the forecourt of Parliament because of election 2020.

Ranking Member on the Health Committee Kwabena Mintah Ankandoh argued that the vehicles have been deliberately grounded for government's selfish interest.

His comments come in the wake of a request by the National Ambulance Service asking the President to postpone the commissioning and distribution of the ambulances which was earlier scheduled for today.

READ ALSO:Â Why parked ambulances at State House will not be commissioned today

Mr. Ankandoh is alleging that the request by the National Ambulance Service is part of a grand scheme to delay the distribution till election 2020.

"I feel that as Ghanaians we are not angry enough, if we meet this issue with the anger we used against the Comprehensive Sexual Education, the building of the new Parliamentary Chamber and others, government would have stopped taken us for granted and distributed the ambulances. I see that the latest reasons giving are choreographed, they just want to push this towards December because of the election 2020, you talked about refresher causes for those who will operate and that has taken five months already. The President had already spoken, the Minister for Special Development Initiative and Health have also spoken and it got to a point they had no lifeline so they made the Ambulance Service write to them so it looks like they (government) are ready to distribute but the service is insisting they wait a little," he told Joy News.

275 ambulances parked at the Parliament House in Accra was expected to be commissioned and distributed today, January 6.

The Minister of Health, Kwaku Agyemang-Manu requested for the postponement of the commissioning of the ambulances.

This follows a letter from the National Ambulance Service stating five reasons why the planned commissioning and distribution should be halted temporarily.

The five reasons covered training of staff and paramedics, state of the art digitized ICT dispatch system, tracking devices, service centres and labelling of the ambulances.

Â The National Ambulance Service has however assured Ghanaians that the parked ambulances at the State House will be ready for commissioning on January 28 2019.