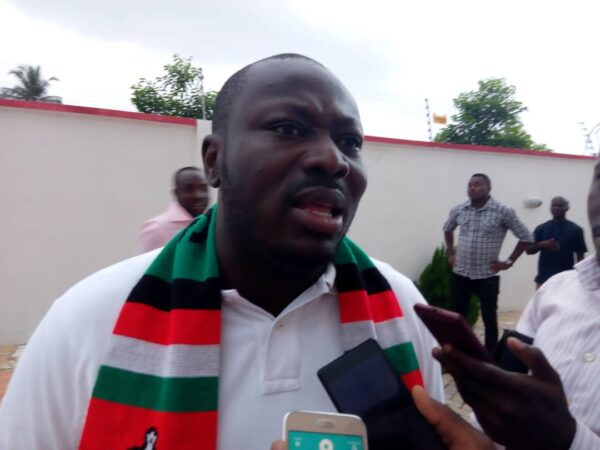 The High Court at Amasaman, has granted an application for Interim Injunction against the National Democratic Congress, the NDC Planning Committee Chairman, Alex Segbefia, the NDC Acting Director of Elections, Daniel Amartey, the Electoral Commission and George Opare Addo restraining them, their Agents and/or assigns from swearing in George Opare Addo as the National Youth Organizer elect of the NDC.

The defendants have been further restrained from holding George Opare Addo out as the National Youth Organizer elect of the NDC.

This was after the court heard an application for interim injunction brought by Brogya Genfi, a contestant in the just-ended National Youth Organizer election of the NDC, the TEIN President of UPSA, Ibrahim Rashid and Paul Amaldago, TEIN President for the University of Ghana, Legon, who are challenging the legality of George Opare Addo’s election on grounds that same violated two expressed orders/decisions of the High Court and the expressed directives of the National Democratic Congress.

The plaintiffs are of the view that given the fact that the margin between the two candidates was only 25 votes, the said illegalities and infractions constituting 39 votes, significantly impacted the outcome of the elections.