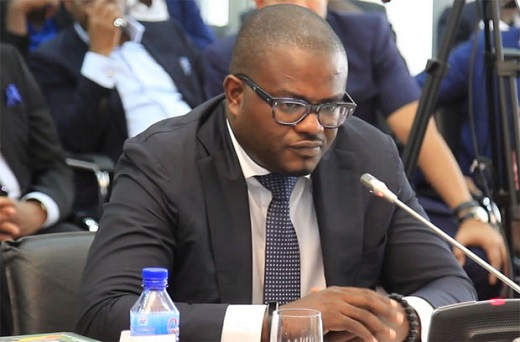 The Ministry of Finance has described as false reports that President Akufo-Addo is refusing the resignation of the Minister of State at the Finance Ministry, Charles Adu Boahen.

In a statement, the ministry said: “rumors about the Honourable minister of state tendering in his resignation are untrue” and should be treated with all the contempt it deserves.

The National Democratic Congress (NDC) Member of Parliament for North Tongu, Samuel Okudzeto Ablakwa had alleged that Adu Boahen had tendered in his resignation but President Akufo-Addo was refusing the resignation.

Rumours about the Honourable Minister of State tendering in his resignation are untrue, and should be disregarded. Stories of this nature are unhelpful at this time, and the general public is advised to disregard them completely.https://t.co/N5q5VavQ5L

The ministry said the allegations are “untrue” and “unhelpful” urging the general public to “disregard them completely”.

Ablakwa's allegation followed a call by some members of the New Patriotic Party majority caucus in Parliament for President Akufo-Addo to remove Charles Adu Boahen and the Minister of Finance, Ken Ofori-Atta from office.

Parliament may have to turn the heat on President Akufo-Addo.

Why is he refusing to accept the resignation of Minister of State at the Ministry of Finance, Charles Adu Boahen?

The President continues to downplay the profound economic crisis created by his abysmal leadership.

President Akufo-Addo in a meeting with the NPP MPs asked them to take into consideration the timing for their call and the impact on the IMF deal, the preparation of the 2023 Budget and the passage of the Appropriations Bill.

The MPs have since softened their stance and agreed for the ministers to stay in office and continue with the IMF deal and the budget processes.