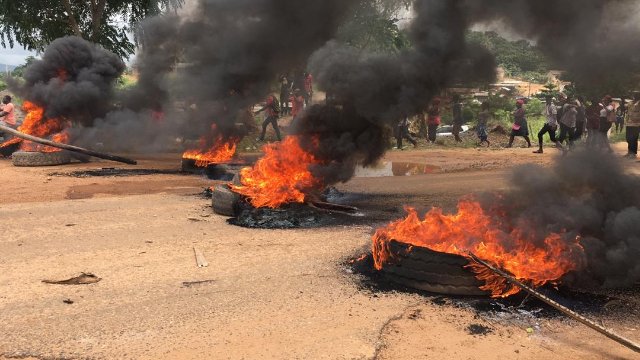 The Electoral Commission has called off the district assembly elections in Emuna in the Ekumfi district in Central Region after residents held protest over bad roads.

The residents say they do not see the need to vote since their roads have been left unattended to for several years.

Reports indicate that the residents blocked the road with electricity poles and burnt tyres. They say they are only recognised during an election period and are left to be on their own after the election.

They held a press conference early this month and sent a clear signal to the EC officials not to step foot in the area.

The candidates in the area were not given opportunities to campaign and were told to either join the protest or be seen as enemies.

Central Regional Director for the EC Ms Philomina Edusie in an interview with Joy FM said they were aware of the development because a threat was issued earlier.

"We are conducting elections in the Ekumfi district but not in Emuna, they issued a threat earlier and we were told by the police service yesterday not to go because the security issue in the area was not the best. So there is no election there, we have postponed it and will conduct it when things are normalised".

The election was expected to run alongside a referendum to determine whether or not political parties could sponsor candidates to seek positions at the district level but it was cancelled by the President for what he describes as lack of consensus.