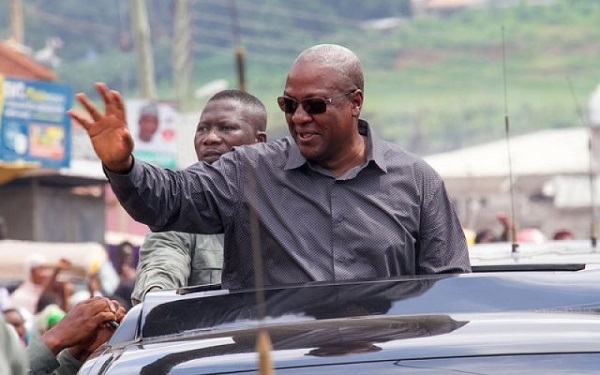 The flag bearer of the National Democratic Congress (NDC) John Dramani Mahama, will today, Tuesday, May 7, 2019, begin a tour of some selected coastal constituencies in the Greater Accra Region.

The former president will be interacting with community leaders, fisherfolk and other key stakeholders in the constituencies.

The NDC recently launched one of their campaign strategies for the 2020 elections dubbed “2020 door-to-door campaign for John Dramani Mahama”.

The door-to-door campaign formed part of the party’s implementation of the Prof. Kwesi Botchwey Committee’s report, and also to ensure unity and cohesion at the grassroots level as recommended by the committee ahead of the 2020 general election.

The main aim of the door to door campaign is to ensure that every electorate becomes aware of and fully understands the policies of the NDC, ahead of the 2020 general election.

Former President John Mahama suffered the worst possible electoral defeat, the first ever for any sitting President under the Fourth Republic, in the 2016 general elections. He managed to poll 44.40 per cent as against Nana Addo Dankwa Akufo-Addo’s 53.85 per cent.