Give me four more years so I can continue my good works - Prez. Akufo-Addo 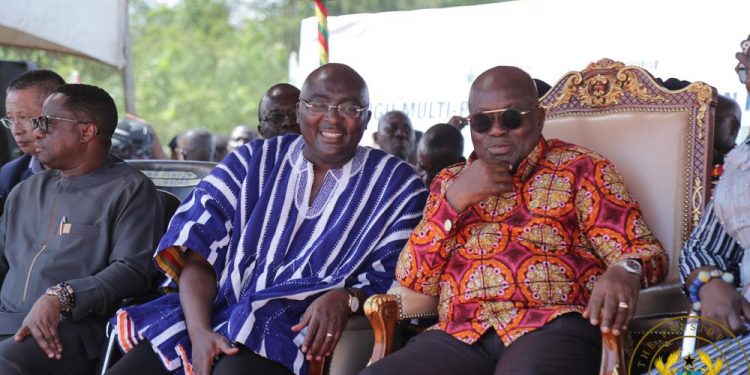 President Akufo-Addo has given the strongest indication that he will be running for the Presidency again.

This was made known when he was addressing the people of Weija Gbawe on December 3, 2019, as part of his tour of the Greater Accra Region.

He said he will need four more years to continue building the foundation he has laid for Ghana.

READ ALSO: You don't have the right to enforce laws - Akufo Addo to GUTA

“…Four more [years] for Nana so that we can continue the foundation that we are laying for Ghana. It is important that all the strong work that is going into reconstructing our economy and laying the foundation for agriculture and for industry and for our education and health system [is maintained].”

There were several reports that President Akufo-Addo will not be running for another term with many tipping Vice President Dr. Mahamudu Bawumia as his successor.

Others also said it was time for Trade Minister Alan Kyerematen to finally realise his dream of leading the NPP into an election.

The New Patriotic Party (NPP) says it will hold its Presidential primaries on April 25, 2020.

President Akufo-Addo, who won the 2016 election on the ticket of the NPP has not made a formal indication yet as the NPP is yet to open nominations.

The Economist Intelligence Unit, EIU, in May this year predicted that the governing NPP will secure re-election in 2020.

The National Democratic Congress (NDC) who will be led by former President John Mahama has vowed to wrestle power from the NPP come 2020.

They claim Ghanaians are suffering and they are the only party to rescue them from the current hardship.

However, John Mahama since been re-elected flagbearer of the NDC is yet to choose a running mate.